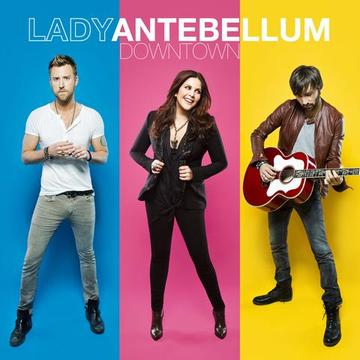 Lady Antebellum climbs to the top of the country charts with their latest single, “Downtown,” marking their seventh number-one single. The song is the first release from their forthcoming album, Golden, which will be available in stores and at all online retailers May 7th.

The trio knew it was a song they’d been looking for after they started rehearsing it for the first time. “I was like, ‘I don’t know if I can pull this off,’” says Hillary Scott, but her bandmate Dave Haywood assured her she nailed it. “Right when we started the groove and you started singing, it was like, ‘Oh, there it is. That’s what we’ve been looking for.’”

The band recently formed their own charitable initiative, LadyAID™, which is being funded by donations and fundraising efforts including the trio’s inaugural PING PONG & SONGS, which has become part of FanFairX during the CMA Music Festival in Nashville this June.