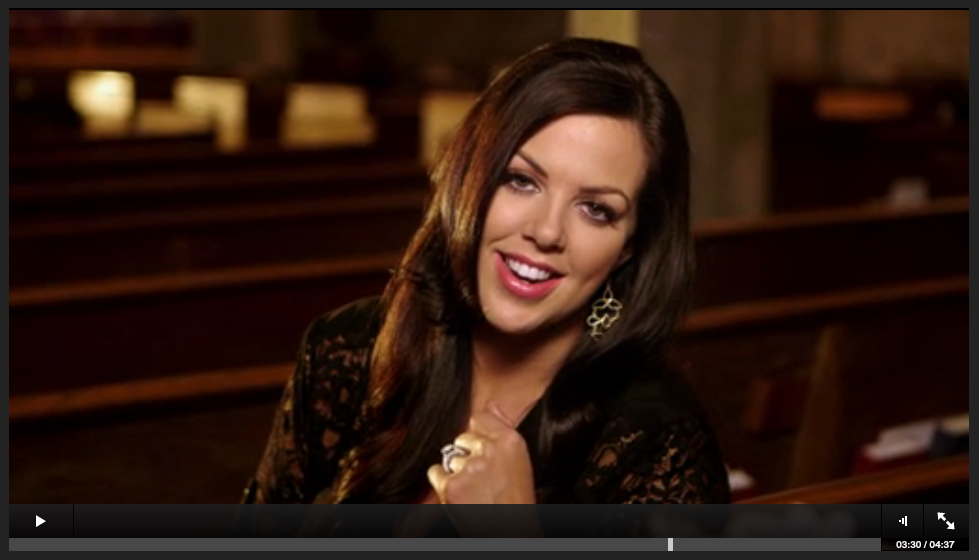 Show Dog-Universal recording artist Krystal Keith has released the video for her song “Daddy Dance With Me,” the surprise gift she recorded for her father Toby Keith and first played for him at her wedding.

“I wrote it for my father-daughter dance at my own wedding, and we just did the video,” she says. “It was an amazing experience. I got to work with director Mike Salomon, who I’ve known forever because he’s done a lot of my father’s videos.”

Posted to Vevo, the clip intersperses Krystal performing the song with video from an actual wedding reception. “Of course, I was the bride in the song, but it’s a theme that applies to all weddings,” she says of the tune she co-wrote with Mica Roberts and Sonya Rutledge. “We shot the video at a beautiful church in Los Angeles and I’m really excited for the song to get out there.”

“Daddy Dance With Me” is a cut of Keith’s self-titled four-track EP, out April 16 in time for Father’s Day and summer weddings. The EP advances Krystal’s full-length album Whiskey & Lace, which will be released later this year.

Krystal’s national debut came during an awards show duet performance of “Mockingbird” with her father. Focused on pursuing a recording career, she heeded her parents’ wishes and completed her college degree at the University of Oklahoma before beginning work on the album in earnest.