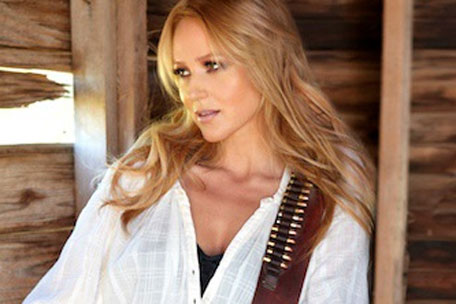 The Academy of Country Music announced today that  Jewel will partner with ACM Lifting Lives® to perform a live mash-up of her chart-topping hit “Hands” combined with “Fill a Heart,” an original song written by singer-songwriter Tori Kelly.

This special musical moment, presented by ConAgra Foods Child Hunger Ends Here campaign, will be performed at the 48thANNUAL ACADEMY OF COUNTRY MUSIC AWARDS, to be broadcast LIVE from the MGM Grand Garden Arena in Las Vegas, Sunday, April 7, 2013 at 8:00PM, live ET/delayed PT on the CBS Television Network. Kelly, who wrote ”Fill a Heart” for the Child Hunger Ends Here campaign to bring the story of hunger to life, will introduce the powerful 2013 ACM Lifting Lives moment with Jewel to viewers. This years ACM Lifting Lives show moment with Jewel marks the fifth consecutive year of moving performances, which have highlighted worthy causes and provided support on behalf of their beneficiaries during the live Awards telecast.

Jewel experienced significant hardship in her early years prior to embarking on a successful career as a singer-songwriter and selling over 27 million albums worldwide. Without a place to call home, there were times when she wasn’t sure where she would spend the night or find her next meal. This experience provided the inspiration for her hit song “Hands,” a song about desperate times and not losing hope.

”I’m so honored to perform this years ACM Lifting Lives moment and support ConAgra Foods Child Hunger Ends Here campaign. Its an important cause I hold near and dear to my heart, and this is a wonderful way to give back and raise awareness. Tori wrote such a beautiful song, and I hope it serves as a wakeup call to everyone about how widespread a problem this is in the United States,” said Jewel.

“The Academy has been dedicated to improving lives through the power of music for forty years, and this is the fifth year we’ve included an ACM Lifting Lives moment in the ACM Awards. We are proud to partner once again with ConAgra Foods to bring together a memorable performance to viewers at home, and remind them about some serious issues that Americans face on a daily basis,” said Hannah Martin, Manager, ACM Lifting Lives. Its an honor to have Jewel and Tori contribute their talents to this cause, and to help raise awareness for the nearly 17 million children who live in food insecure homes today.

ACM Lifting Lives, the charitable arm of the Academy, is spotlighting the need to end child hunger in conjunction with ConAgra Foods, which in partnership with the ConAgra Foods Foundation has been fighting to end child hunger in America for 20 years. To participate in ConAgras Child Hunger Ends Here program, consumers can purchase specially-marked packages of select ConAgra Foods brands, including Banquet®, Hunts®, Marie Callenders®, PAM®, Chef Boyardee®, Orville Redenbachers®, Manwich®, Snack Pack®, or Peter Pan® Peanut Butter, and then visit www.ChildHungerEndsHere.com to enter the eight-digit code found on participating product packages. For each code entered through August 2013, ConAgra Foods will donate the monetary equivalent of one meal* to Feeding America. Consumers can also download their favorite version of Tori Kellys Fill a Heart from Cody Simpson and Amber Riley on the website to share with others and inspire action for the cause.

“Child hunger is a problem we cannot ignore,” said Chris Sinta, Director of Consumer Promotions at ConAgra Foods. ”We’re excited to continue our partnership with the Academy of Country Music and were honored to have Jewel sing Fill a Heart. Together, we can help make a difference.”

For more information on how to join the fight against child hunger and how to participate in the ConAgra Foods Child Hunger Ends Here campaign, please visit www.childhungerendshere.com.

* For every code entered by 8/31/13, ConAgra Foods will donate 12.5¢, the cost for Feeding America to provide one meal through its network of local food banks. Maximum: 3 million meals. Guaranteed minimum donation: 1 million meals ($125,000). Limit 5 code entries per person/computer each day. Valid in U.S. only. To enter codes and learn more, visit www.childhungerendshere.com.