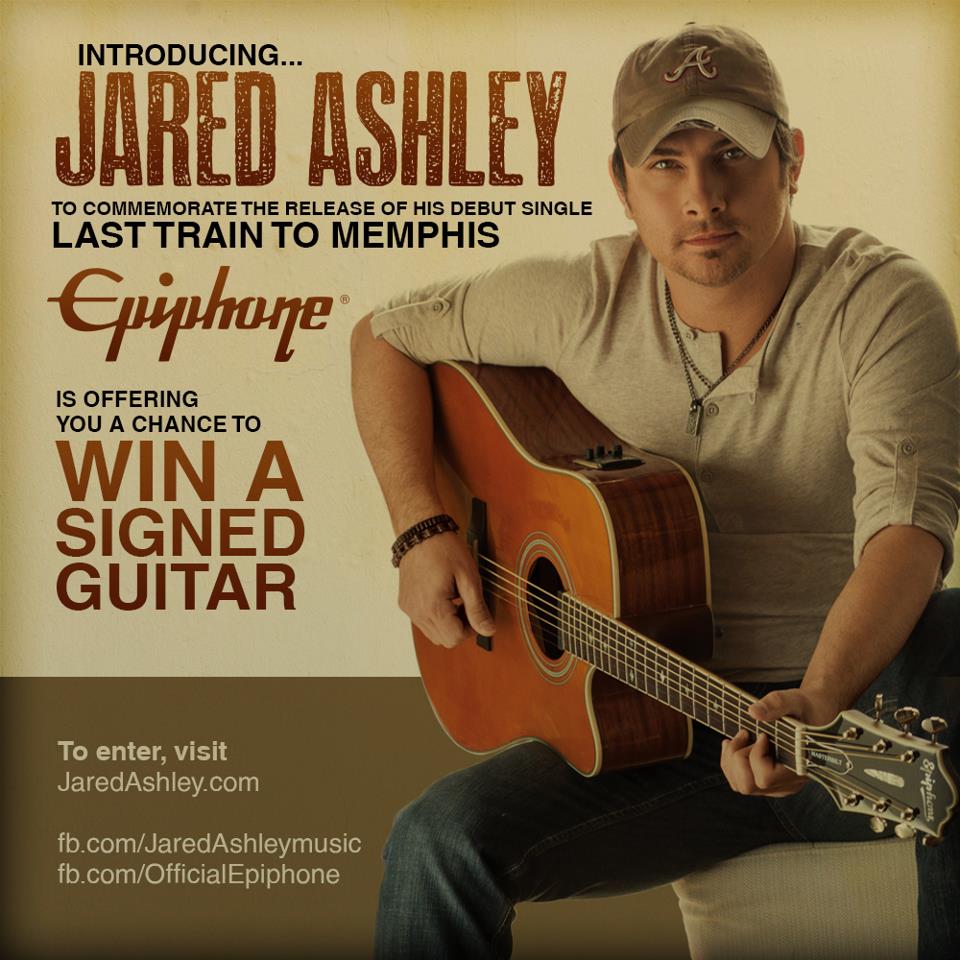 The former Navy hand discovered his passion for songwriting and performing in high school, but realized it was his real future while serving our country abroad. Jared would practice guitar during his downtime aboard the U.S.S. Independence and U.S.S. Kitty Hawk and began performing acoustic shows at George’s Country Bar in Yokosuka, Japan. After completing his four years tour of duty and returning to the United States, Jared made the big move to Nashville, where he earned a regular weekend gig at Tootsie’s Orchid Lounge. He threw himself into a heavy touring schedule and the business of building a fan base.  In 2012, he signed to Blaster Records, realizing a lifelong dream of being able to head into the studio and focus only on his own material.

To celebrate the release of Jared’s first single, revered instrument maker Epiphone Guitars has partnered with their long-time endorsee to give away a autographed Masterbilt Series DR-500MCE guitar. One lucky fan will have the chance to win the mahogany acoustic guitar, personally autographed by Jared, at www.jaredashley.com/guitar. Epiphone has also wrapped Jared’s tour bus and provides his band with guitars for the 150+ live shows they play each year.