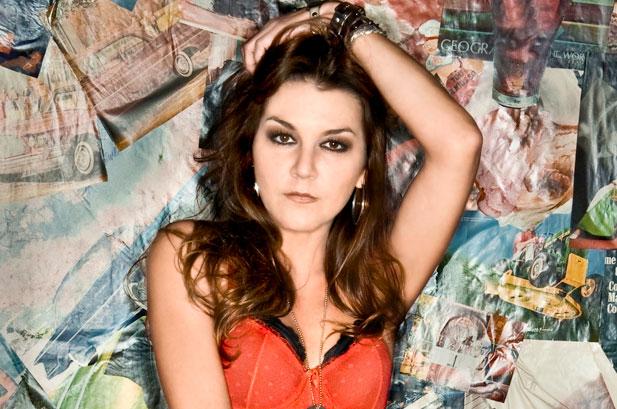 Three weeks after kicking off the release of her critically-acclaimed Right On Time album with a performance on “The Today Show,” Gretchen Wilson heads back to New York to guest co-host “The View” on Thursday, April 25, 2013. She will join Whoopie Goldberg, Elisabeth Hasselbeck, Sherri Shepherd and Barbara Walters, as longtime co-host Joy Behar transitions out of the show.

“I’m not sure if they knew what they were getting themselves into, when they booked me for the show,” said Gretchen. “This will be completely different from what I do every day, but I’m really looking forward to hanging out with these strong women and maybe even stirring things up!”

Gretchen’s first album in three years, the 13-cut Right On Time, hit stores nationwide on Tuesday, April 2. Associated Press said of the new music, “…Wilson rocks as hard as she desires while choosing songs that represent her lifestyle and point of view – just as she always has…it continues the fiercely autobiographical stance that distances Wilson from most modern country artists in all the right ways.”

Country Weekly added, “And while no one would ever accuse the original “Redneck Woman” of being anything less than confident, her newest release, Right on Time, definitely showcases an artist more comfortable in her skin and confident in her musical choices. And Roughstock.com wrote, “Throughout the record – through the stylistic changes – is a confident vocalist whose natural soulful voice is perfectly at home performing each and every track on Right On Time.”

Following the taping, Gretchen will head to Foxborough, MA for a Friday performance at Toby Keith’s I Love This Bar & Grill. For Gretchen Wilson news, tour dates, merchandise and her exclusive Club 27, visit GretchenWilson.com or facebook.com/GretchenWilson.