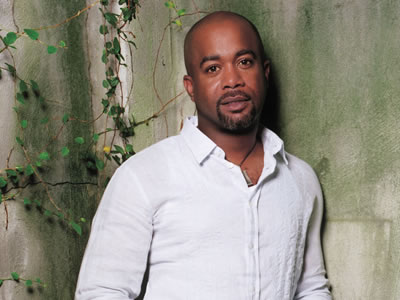 A special offer code will be shared with St. Jude and Rucker’s Facebook and Twitter followers for ticket pre-sale beginning today, Wednesday, April 3 at 11 a.m. CDT with general on sale opening at 10 a.m. CDT on Friday, April 5.  A fourth consecutive sell-out is anticipated, so fans are encouraged to purchase their tickets early.  Prices start at $35 for General Admission and go up to $100 for VIP table options.  Tickets will be available through the Wildhorse Saloon box office (615-902-8200 x1), WildhorseSaloon.com, and DariusRucker.com.

Fans have come to look forward to kicking off their CMA Music Festival week with Rucker and his friends, who have included Rodney Atkins, Clint Black, Radney Foster, Randy Houser, Jamey Johnson, and Kid Rock among others.  Details on who will be joining Rucker for this year’s event will be announced soon.

“We started this event with a simple goal in mind and that was to raise money for St. Jude. I had visited their campus in Memphis and was so blown away at the facility, staff, and service that I made a pledge to contribute annually. It’s a bonus that I have had such amazing friends join us in the effort,” adds Rucker.

Since its inception, “Darius and Friends” has grown include a charity auction and a celebrity golf tournament and has raised more than $125,000 for St. Jude Children’s Research Hospital.  Rucker has high hopes of topping past year’s totals to further benefit the pediatric treatment and research facility.