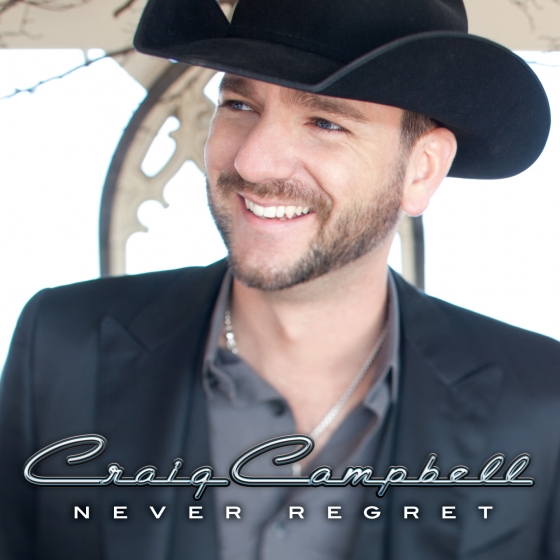 Campbell broke through over the last year with his debut album and hits “Family Man” and “Fish,” selling over a half-million downloads and earning rave reviews from some of the nation’s toughest critics. Craig first got his break playing keyboards in Luke Bryan’s band and has since gone on to open shows for the likes of Alan Jackson, Lady Antebellum and Martina McBride to name a few, and has toured internationally in Switzerland and Australia.

Campbell co-wrote six of the twelve songs on this album. His sophomore project is truly a family affair, sharing writing credits with his wife Mindy on “Topless” and daughter Preslee opening with sweet and pure vocals on “When She Grows Up,” a song he dedicates to his two young girls. The album’s lead-single “Outta My Head,” which has recently been praised by peers Luke Bryan and Chris Young on twitter, is quickly climbing the charts, already at #35 Mediabase / #34 Billboard.

Fans can pre-order the album now at Amazon and purchase the Craig Party! bundle via his official website. The exclusive bundle includes the Never Regret CD and a customized Team Cocktail t-shirt. Every Craig Party! bundle order received at his website by May 1st will be entered into a random drawing to have their CD personally autographed by Craig!