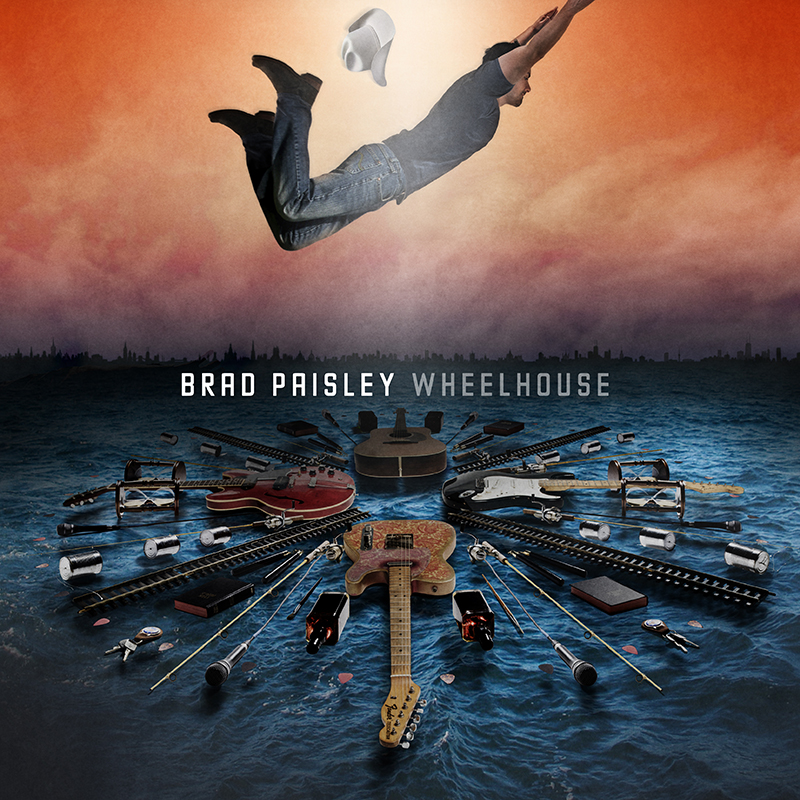 Paisley delivers music that matters, whether it is conveyed in a ballad or upbeat tounge-in-cheek style, the message is there one way or another. The reality of his music does not go unnoticed, taking things deeper and touching on important subjects such as abuse, racism, and religion.

Wheelhouse contains several standout tunes that listeners will enjoy.  “Southern Comfort Zone” has already reached #1 on the charts. The timeless single serves as Paisley’s 21st No.1 career single.  “Beat This Summer” is Brad’s latest release on country radio.  Just in time for the summer months, the new tune with the laid back groove will be enjoyed all summer long. “Outstanding In This Field” includes vocals from Dierks Bentley and features the very talented Hunter Hayes on guitar.  The track will make for a great single on country radio as well as the country charts.

“I Can’t Change The World” is a strong ballad that is beautifully delivered.  Once again bringing reality to his songs, Paisley sings about not being able to change the world and the issues within, but with his heart on his sleeve he is betting he can change her world. “Karate” features Charlie Daniels and really is a standout tune.  It may not be one that is featured on country radio, but it is one that will be enjoyed on the album as Paisley and Daniels bring up the subject of spousal abuse.

Brad Paisley will be heading out on his Beat This Summer Tour featuring Chris Young and Lee Brice.  For all things Paisley, including Tour Dates, visit his official website: BradPaisley.com.