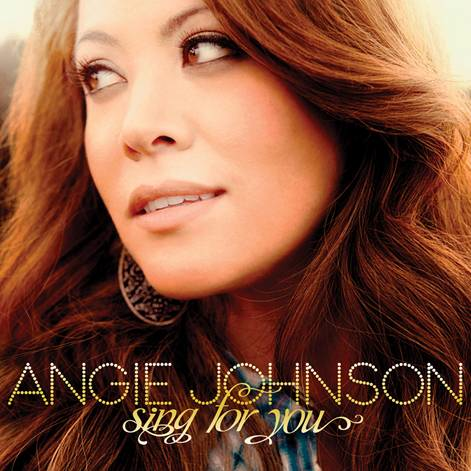 New Sony Music Nashville recording artist Angie Johnson is set to release her debut EP, Sing For You, on May 21st.  The four-song EP will include her co-written title track “Sing For You,” a moving, true-to-life ballad that showcases Angie’s powerhouse vocals and emotional range. Produced by Josh Leo (Love and Theft, Alabama) the EP will be available digitally and at select retailers.

“I’m fired up about getting new music out to folks. So many talented people contributed to this project and the experience was humbling and inspiring for me. A lot of heart and personality went into this music and the result is really special, and REALLY fun. It’s a little bit of spit and a lot of shine, and I’m proud of that,” said Angie.

Angie’s announcement comes on the heels of her first trip to the Academy of Country Music Awards, where she announced her debut EP on the awards show red carpet. Highlights of her ACM trip included an impromptu acapella performance of “Heartbreaker” during ACM FanJam at The Orleans Arena, a performance of the national anthem at the ACM Party for a Cause, and time with several of her musical influences and fellow upcoming artists during Cabela’s Great Outdoors Archery Event as part of The ACM.

Born and raised in Missouri, Angie Johnson had always been drawn to music. A former intelligence analyst and Air Force Band Vocalist, Angie’s military musical career began with a group of active duty volunteer entertainers called Tops in Blue, where she traveled to bases around the globe, putting on shows for fellow troops. Following her time as an intelligence analyst, Angie became a full-time vocalist in The Air Force Band before leaving active duty to pursue a musical career in Nashville, Tennessee. While deployed on her seventh tour performing for the troops in the Middle East, an audience member from a small acoustic show posted Angie’s pitch perfect cover of Adele’s “Rolling in the Deep” on YouTube (http://bit.ly/12JdIes). Over 3 million YouTube views later, Angie’s performance garnered critical praise from Good Morning America, The Hollywood Reporter, Mashable, CBS News, and Fox and Friends as well as appearances on The Ellen DeGeneres Show, Entertainment Tonight and finally a contestant slot on Team CeeLo on NBC’s hit show “The Voice,” after host Carson Daly viewed her YouTube performance and tracked her down through social media.  Angie still continues to serve in the Air National Guard as a band vocalist.