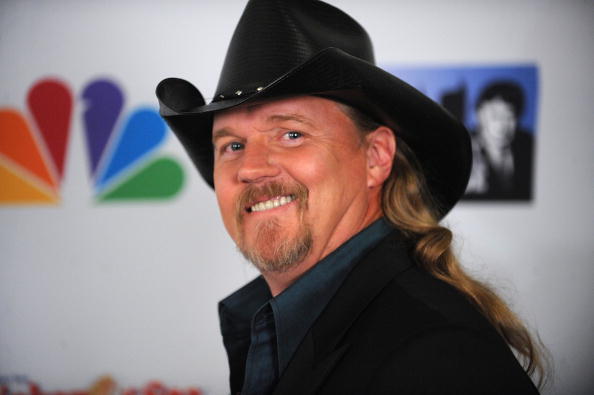 Country star Trace Adkins presented a check for $670,000 to the American Red Cross on last night’s episode of NBC’s “All-Star Celebrity Apprentice.” The sum was Adkins’ to donate after his team won the first task on the season premiere (3/3).

“We could not ask for a better representative of the Red Cross,” Red Cross President and CEO Gail J. McGovern said. “Trace brings humor, honesty, hard work and grit to everything he does. On behalf of the countless people who will benefit because of your participation in the ‘Apprentice,’ thank you, Trace, from the bottom of my heart for getting the job done once again.”

Adkins is a recent addition to the Red Cross Celebrity Cabinet and his family was the recipient of Red Cross services when his home was claimed by fire in 2011. Adkins was the Red Cross spokesperson for its 2012 Holiday Giving Campaign and supported its Holiday Mail for Heroes program that benefits active military members, veterans and their families.

The multi-platinum singer will be competing against other celebrities this season to have the honor of delivering a $250,000 bonus check to their designated charity.

“We will be watching and rooting for Trace as a true ‘Red Crosser,’” McGovern said. “No matter what happens next, we are so very proud of Trace and his association with the Red Cross.”