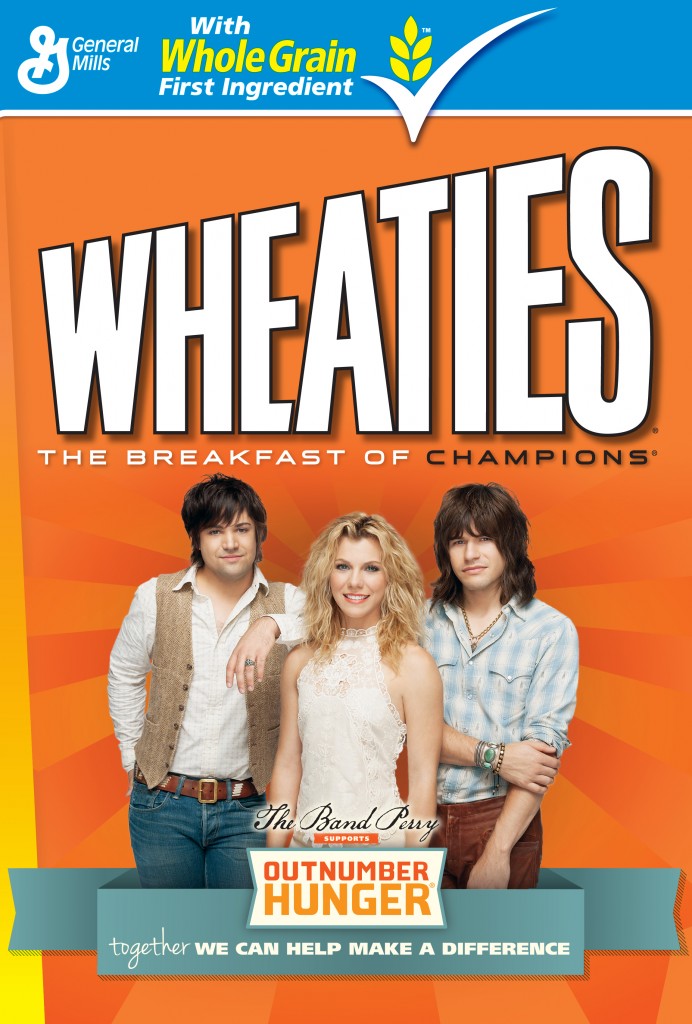 “One of our favorite things about writing and performing music, other than getting to play for our fans and country music family every night, is that it truly gives us a platform to help others,” said The Band Perry. “Last year, we had the opportunity to participate in Outnumber Hunger and our eyes were opened to the problem of hunger in America, which is why we so strongly support this cause and want to take an even bigger role in supporting Outnumber Hunger this year.”

According to the USDA, one in six Americans struggles with hunger, making the issue a growing reality in every community. By simply entering codes from specially-marked General Mills products, including Cheerios, Yoplait and Nature Valley, at OutnumberHunger.com, Americans can help Feeding America secure five meals for their local food bank. Consumers should look for specially-marked packages of General Mills products featuring The Band Perry, as well as an Outnumber Hunger code.  For every code entered online by March 1, 2014, General Mills will donate $0.65 to Feeding America – enough to secure five meals on behalf of local food banks – up to a maximum total donation of $1,300,000.  General Mills has already donated $700,000 and will donate up to an additional $600,000 based on online code entry and other consumer actions.

“For the second year in a row, we are proud to come together with our artists, General Mills and Feeding America to help make a difference in local communities,” said Scott Borchetta, president and CEO of Big Machine Label Group. “This powerful group of partners is using its collective voice to rally Americans to help the 50 million people across our country who struggle with hunger.”

“Our network food banks are innovative leaders and on the front lines in the fight against hunger throughout the nation,” said Bob Aiken, president and CEO of Feeding America, the nation’s leading domestic hunger-relief organization. “The combined reach that General Mills and Big Machine Label Group artists bring to the public through Outnumber Hunger will help provide support critical to feeding those in need, as we diligently work together to solve hunger in America.”

Outnumber Hunger products will be available first at Sam’s Club on March 12 and then available wherever General Mills products are sold starting in April.

To help make a difference in your local community with Outnumber Hunger, visit OutnumberHunger.com.