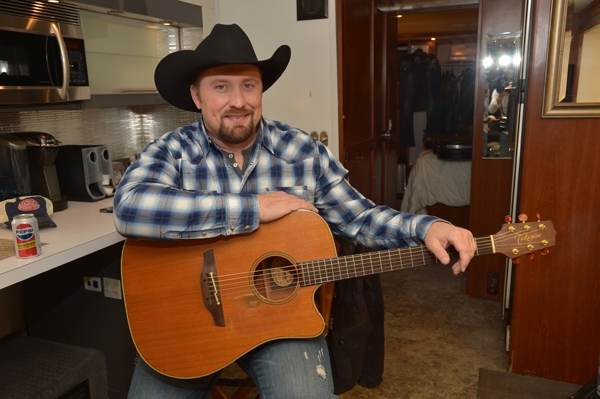 Syco/RCA Nashville recording artist and The X Factor “Season 2” Winner, Tate Stevens, hoped the excitement he feels when in his hometown of Belton, Missouri would translate into a great album release celebration when he announced his first show on Sunday, April 21 at The Midland by ACM in Kansas City, Mo. However, he was stunned to hear that within just 30 minutes, all 3,000 seats were sold out.

“1st show sold out!! Still can’t believe it. Second show on sale Monday at 10am. Can’t freakin believe it. Thank you #tatenation KC Rocks!!!!!” Stevens tweeted following the news of the 30-minute sell-out.

Fans sent their congratulations to the star on Twitter, including @rcaponetto who lamented, “Didn’t get tix on time!” which led Stevens to announce a second performance for the following day, Monday, April 22 at The Midland by ACM. Tickets go on sale Monday, March 18 at 10 a.m. CT at the Midland box office or by visiting midlandkc.com. All ticketholders for both shows will receive a copy of Steven’s self-titled major-label debut album, slated for release on Tuesday, April 23 featuring his current single, “Power Of A Love Song.”

Stevens will make a series of appearances around the album release before joining Alan Jackson on several tour dates. For more information, visit tatestevensofficial.com or follow Stevens on Twitter @tatestevensctry.