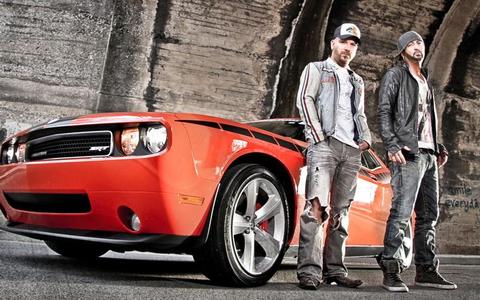 Much to the delight of their rabid fan base, new music from Average Joes Entertainment’s country duo, LoCash Cowboys, has finally arrived. “Chase a Little Love,” the lead single from group’s long-awaited debut album, is a sexy, fun-loving, summertime anthem set to impact radio in April.

Currently in the studio finishing up their new record due out early this summer, LoCash Cowboys’ “Chase a Little Love,” showcases what fans have come to expect; infectious new music that is pure fun. The catchy new single was co-written by LoCash Cowboys’ Preston Brust with Jaron Boyer, and produced by Shannon Houchins and Noah Gordon.

“We’ve been playing ‘Chase a Little Love’ at our live shows, and the fan reaction has been incredible. Both Preston and I are excited to finally get back out there with new music,” commented LoCash Cowboys’ Chris Lucas.

Talented songwriters as well as entertainers, LoCash Cowboys celebrated the writing success of two major hit singles in 2012. “You Gonna Fly,” the #1 platinum-selling recording by Keith Urban (which was their first cut as songwriters), and the top 10 gold-certified, “Truck Yeah,” recorded by Tim McGraw. To date, the duo has amassed over 10 million YouTube views, sold 1 million songs, and continues to entertain fans worldwide with their electrifying, live shows.

The duo is giving fans an opportunity to help complete the upcoming album by singing on the last track to be recorded. Fans can participate in the recording of the high-energy song, “Hey, Hey, Hey,” by logging on to LoCashCowboysMusic.com before March 31, 2013.  Fan vocals submitted will make the final cut on the album due out later this year.