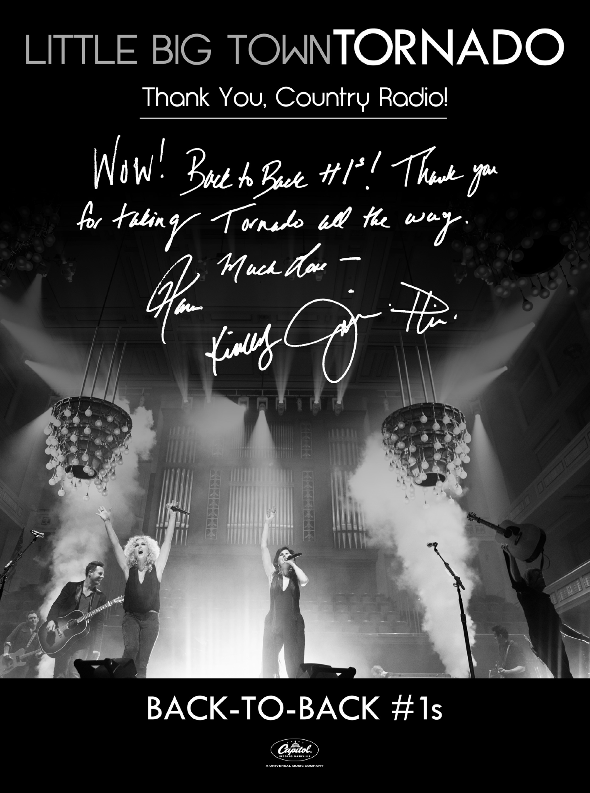 Little Big Town recently sold-out their first headlining show at the historic Ryman Auditorium, which continues the band’s sell out success on their current headlining tour. Since The Tornado Tour kicked off in January, the foursome has sold-out 21 dates and will continue to headline across the US and Canada through July 18th. They will be joining Keith Urban on tour later this summer.

The group will vie for four ACM Awards at this year’s ceremony including “Vocal Group of the Year,” “Album of the Year,” “Single Record of the Year-Pontoon” and “Video of the Year-Tornado.” Catch the live telecast Sunday, April 7 on CBS.