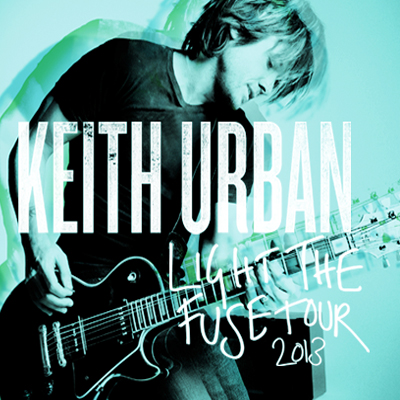 One of the industry’s most electrifying live performers, four-time Grammy Award winner and American Idol judge Keith Urban, has added a second leg of seventeen concerts that will get underway on October 18th in Omaha, to his previously announced dates.  Additionally, shows in Austin, Albuquerque and at Denver’s iconic Red Rocks Amphitheater have been added to the newly dubbed “Light The Fuse Tour 2013” first leg.

The “Light The Fuse Tour 2013” first leg kicks off on July 18th in Cincinnati and concludes on October 5th, after twenty-eight outdoor shows highlighted by Urban’s first performance at Los Angeles’ famed Hollywood Bowl.  The second leg gets underway in Omaha before seventeen arena shows conclude in Louisville on December 8th.

The concerts will feature new music from Urban, expected out this spring, as well as an all-new production, the size and scope of which have become synonymous with Urban’s electrifying concert experiences.

For all official Keith Urban tour news and ticket information go to keithurban.net/tour.