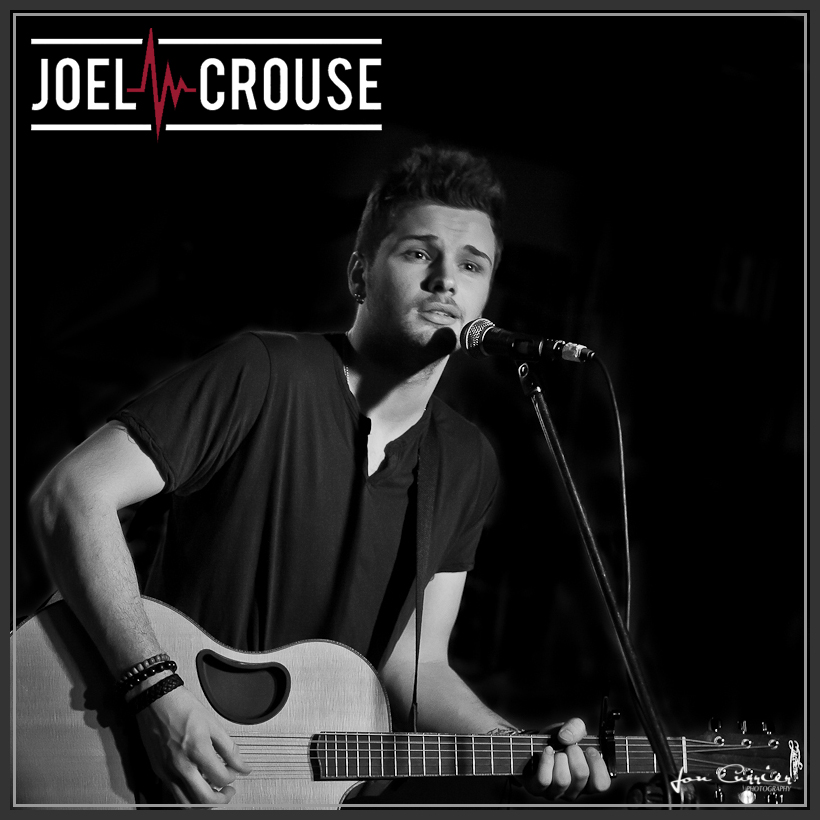 Country newcomer Joel Crouse is making a significant impression on country music with his debut single “If You Want Some.”  Signed with Show Dog-Universal Music, Crouse has been making his way coast-to-coast showcasing his music as he gears up to release his debut album this summer.

Joel Crouse delivered a solid acoustic performance for 98.7 The Bull‘s Hoof-n-Holler show. Joel immediately engaged the crowd as he performed songs that will be included on his forthcoming debut album, as well as well-known classic hits delivered with a Crouse Twist. Songs such as “Summer Love,” “You Can Break A Heart Like That,” and “Why God Made Love Songs” serve as a strong introduction to the country newcomer.  Crouse shines as he is on stage performing, especially with “Ruby Puts Her Red Dress On” where he blends in Fleetwood Mac’s “Dreams.”  Fans were also treated to his acoustic version of classic hit song “Free Fallin'” that everyone thoroughly enjoyed.

Crouse engages with the audience & delivers great stage presence, further confirming that will make for a fantastic fit this spring when he joins The Band Perry on tour as well Taylor Swift‘s RED Tour. He may not be able to rent a car right now, but he sure can provide a great performance that will have you driving to see him any chance you get.  He is definitely one you are going to be seeing and hearing a lot of, so be sure sure to keep your eyes on and ears tuned-in!

Check out additional photos from Joel’s performance on our Facebook Page by clicking HERE.