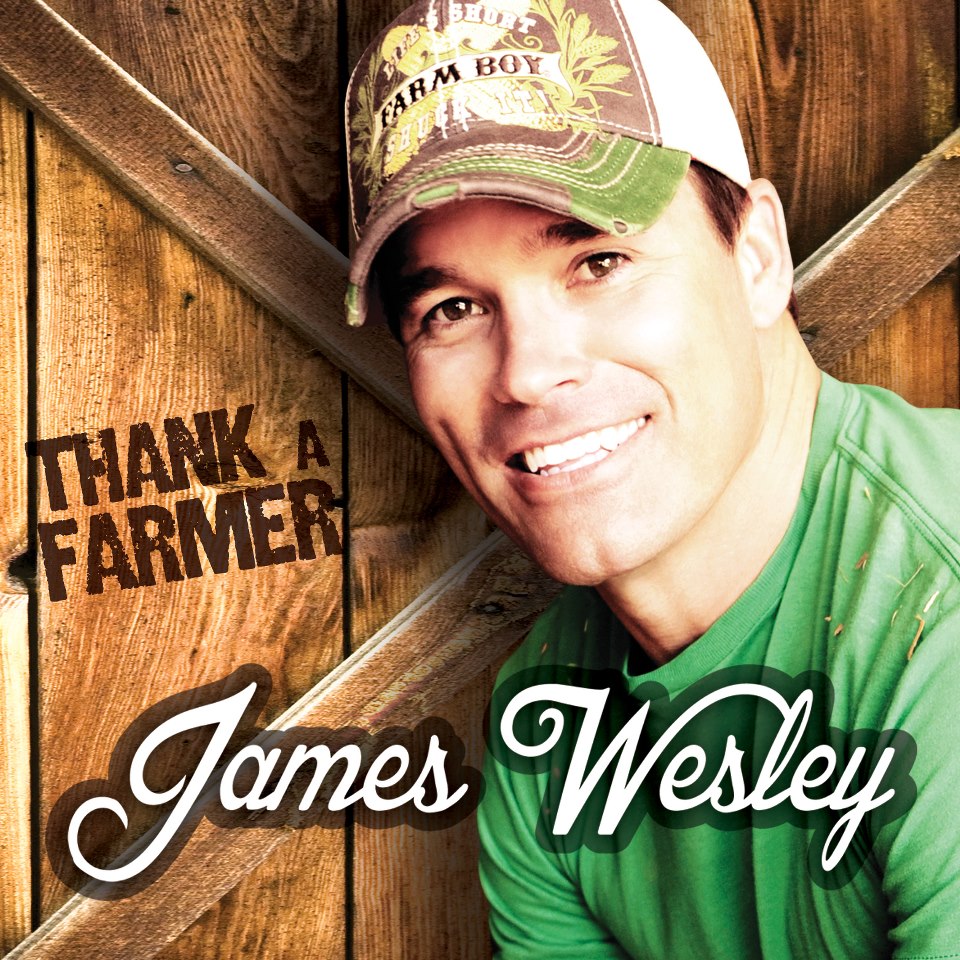 Broken Bow’s James Wesley is back with his new single “Thank A Farmer,” a powerful, heartfelt homage to America’s heartland just in time for National Agriculture Day (March 19).

“Thank A Farmer” tells the story of both the struggles and importance of farming as the backbone of every American community. From the skyscrapers of millions-populated cities to the back roads of our rural small towns, Wesley’s “Thank A Farmer” reintroduces the idea of paying respect to the hardworking men and women that make our daily conveniences possible. These include luxuries that we often take for granted, including “the coffee in our cup,” and “the blacktop roads. . .that used to be his land,” and even the “tank top-wearing Country girls in old skin tight blue jeans.”

“This song IS me and where I am from which is ‘The Heartland’ of Southeast Kansas. I raised goats, chickens, ducks, pigeons, and we always had a big garden growing up. I can’t tell you how many green beans I picked before and after school growing up!” says Wesley of his background and decision to record the song.

“Growing up on a small farm taught me to be responsible and gave me a sense of pride, but above all it gave me a great work ethic. I have always had to work for what I got,” continues Wesley. “Growing up in a farming community was everything. A man’s word meant something and a handshake was a deal. If anyone was ever in need you could always count on your neighbor.”

Fans can listen to and purchase the single now at iTunes HERE. Watch the official lyric video for “Thank A Farmer” on Youtube.com HERE.

The song is already earning strong reactions from tastemakers, media and radio alike:

“James Wesley tips his hat to the men who have given so much to America. It definitely plays to his vocal strengths, and with all the attention given to the recent Dodge commercial, this one should get him some well-deserved attention!” ~ Chuck Dauphin (Writer, Billboard; Roughstock)

“While he has consistently delivered solid music, “Thank A Farmer” is a game changer for James Wesley.” ~ Countrymusicrocks.net

“You want instant reaction? Play this song. One time is all it takes. Talk about a slam dunk…” ~ Scott Donato, WGTY, York, PA

“The first time I heard ‘Thank a Farmer’ it immediately hit home. Being a farmer’s daughter myself I realize the importance of sharing this message. Agriculture is the backbone of our great nation. Without farmers there would be no food on our tables or clothes on our backs. I think a song like this is exactly what America needs right now – to bring awareness to agriculture and share the story of the hardworking American farmer. Aside from the song’s great lyrics, Jame’s deep and soulful vocals add authenticity to the song. He’s sings about what he knows and what he believes. To see that in both an artist and a song is refreshing.” ~ Ashlie Kolb, producer, NBC’s The Better Show