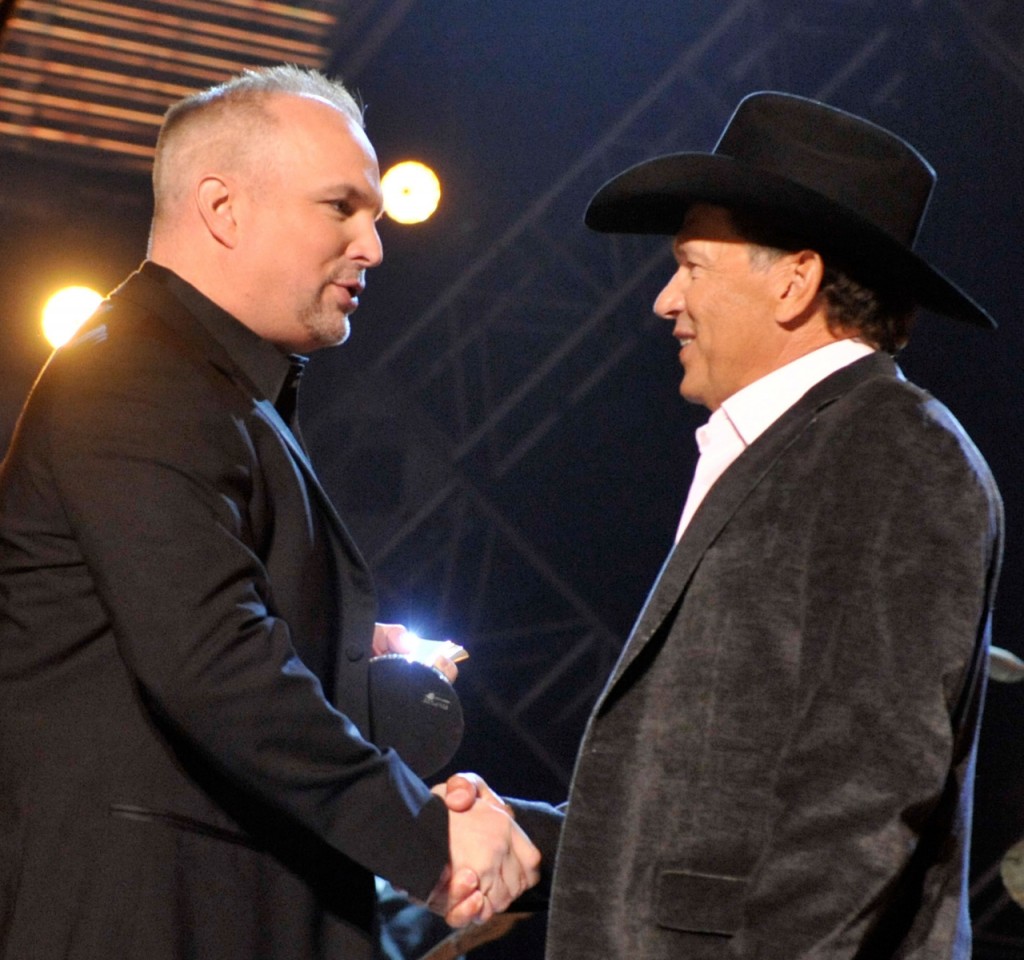 The Academy of Country Music and dick clark productions announced today that George Strait and Garth Brooks, the two most recent ACM Artist of the Decade Award recipients, will perform together for the first time in history to pay tribute to Dick Clark at the 48th ANNUAL ACADEMY OF COUNTRY MUSIC AWARDS, to be broadcast live from the MGM Grand Garden Arena in Las Vegas Sunday, April 7 (8:00 PM-11:00 PM, live ET/delayed PT) on the CBS Television Network.

Dick Clark, who passed away last year, began producing the Academy of Country Music Awards in 1979 and helped introduce audiences all over America to the most talented artists in country music. Clark had long been an ambassador for a wide-range of musical genres and with his guidance, ushered the Academy of Country Music Awards through the decades to become one of the industry’s biggest events.

“Dick helped make country music accessible to a larger fan base and his efforts will not be forgotten. Garth and I were so grateful when we each received the ACM Artist of the Decade Award, so it’s only fitting that we’ll be honoring him with this tribute performance at the ACMs,” said George Strait.

“I commend the Academy on naming the ACM Artist of the Decade Award after Dick Clark.  Although there is no award the entertainment industry has that can match the magnitude of the star Dick Clark was, and still is, it is an honor to get to be a part of the Academy’s tribute to him.  There may be others who have contributed as much to the music industry, but there is definitely no one that has contributed more than Dick Clark.  He was music’s best friend, and a dear friend to me,” said Garth Brooks.