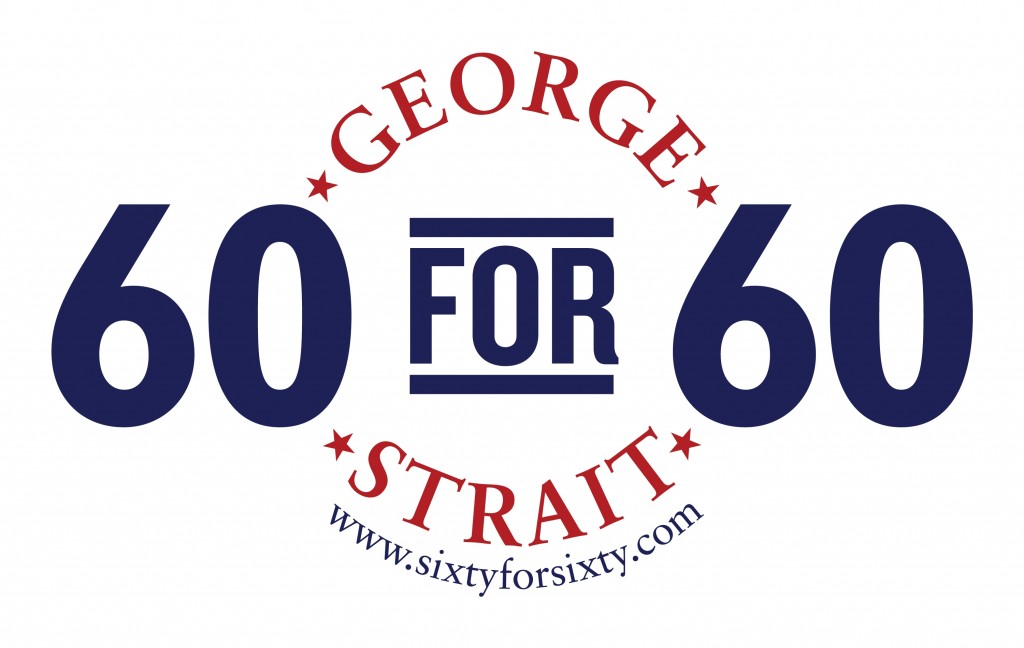 Country music’s biggest stars and fans are helping to make history by joining the “Sixty For Sixty” movement (#60for60) which celebrates George Strait as he approaches the 60th No. 1 single of his career with “Give It All We Got Tonight,” before his 61st birthday on May 18th.

“Sixty For Sixty” first started on Valentine’s Day when fans rallied together on Strait’s Twitter and Facebook pages encouraging local country radio to meet the challenge and spin the record.  It appears their efforts have paid off as “Give It All We Got Tonight” is the fastest certified Gold single of Strait’s career and currently sits in the Top 15 on the Country radio charts. It is the first single from his forthcoming album, due for release in late spring.

As a tribute to Strait’s incredible career that includes more No. 1 singles than any artist in history, in any genre, fellow Country music artists including Little Big Town, Luke Bryan, Josh Turner, Darius Rucker, among others, have joined the “Sixty For Sixty” movement, seen here.  By visiting sixtyforsixty.com, fans can learn how they can help the movement using Facebook, Twitter, and Instagram. The website will continuously update as more artists, celebrities, and fans join this movement for “King George.”