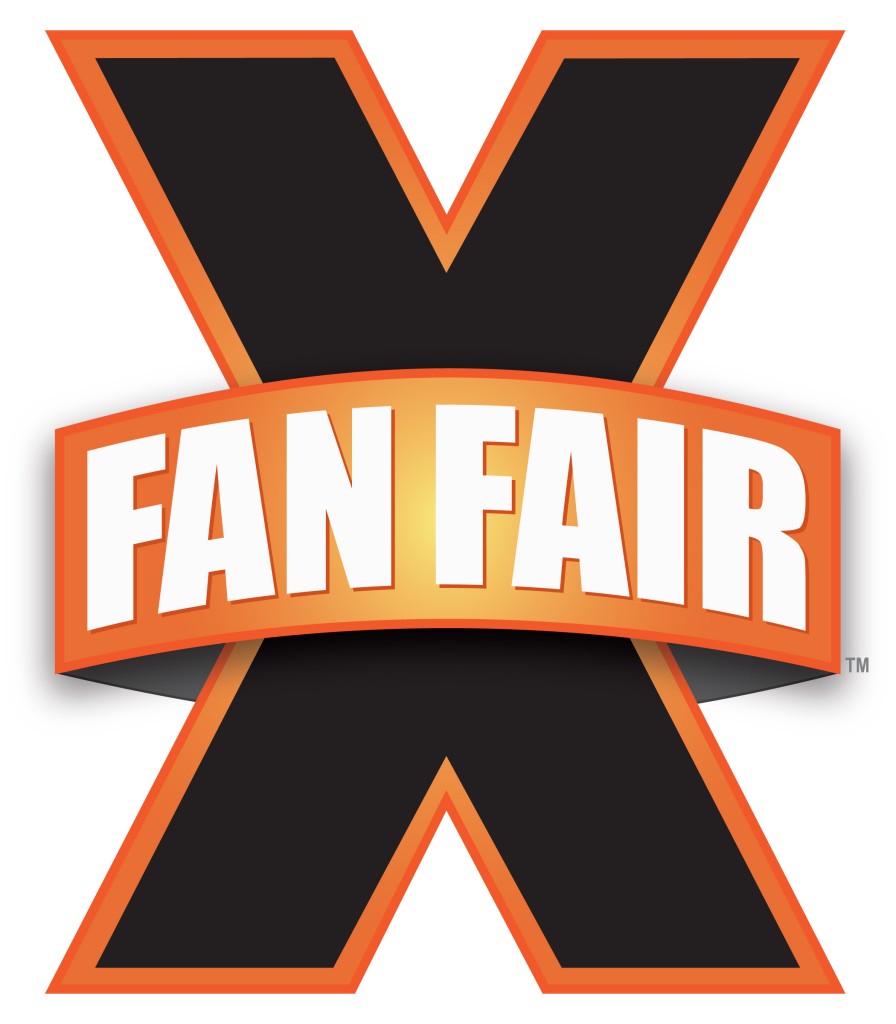 “The relationship between our artists and the fans is at the very heart of what this event was founded on, and we continue to embrace that legacy with Fan Fair X,” said CMA Chief Executive Officer Steve Moore. “By moving to the Music City Center, we are able to provide more opportunities and activities to enhance this treasured experience for the fans.”

The all-new Fan Fair X features all the popular features from past Fan Fair eXperiences and eXpands it to create the most eXceptional, eXciting, and eXtraordinary artist/fan encounters in the 40+ year history of the event.

Leading the way is Lady Antebellum with “Lady A Day at FFX.” To kick the week off, the group will cut the ribbon when the doors officially open to the FFX on Thursday, June 6. From the new Fan Fair X, Lady A will perform, sign autographs in their custom “backstage” booth @ClubLabellum, answer questions from fans in an interview segment called CMA Close Up, and is launching their PING PONG & SONGS event to include the thousands of fans in town for the Festival. Fans can also register at FFX for a private meet and greet with the group at LP Field on Friday, June 7.

“I’m looking forward to being in the new Music City Center,” said Lady A’s Hillary Scott. “We’re really excited to be given the opportunity to merge our PING PONG & SONGS event with Music Fest and this new fan experience CMA is creating. Now that fans from all over the country will be able to play ping pong against us, Charles and Dave are going to have to brush up on their skills! All the money we raise at our booth will go to LadyAID – it’s going to be so fun for us and for the fans!”

The Platinum-selling group, made up of members Dave Haywood, Charles Kelley, and Scott, has won seven CMA Awards, including Vocal Group (2009-2011), Single (2009 for “I Run to You” and 2010 for “Need You Now,” which also earned them an additional Award for producing), and New Artist of the Year (2008). They first performed at CMA Music Festival in 2007 on the Riverfront stage and have performed at LP Field every year since (2008-2012). They will be performing again during the Nightly Concerts in 2013. LadyAID™ was set up by the trio as a philanthropic effort created to bring awareness to and generate support for children in need locally, nationally, and globally. The multi-level organization is a component fund of The Community Foundation of Middle Tennessee. For more information, visit LadyAID.org.

Scott is no stranger to the world’s biggest meet and greet. When she was just 5-years-old, she started attending the event with her famous mom Linda Davis when CMA Music Festival was known as International Fan Fair and held at the Tennessee State Fairgrounds.

What does she recall of those early years? “Heat! It was really hot. There was no air conditioning, whatsoever. So, I remember sweating a lot, but that’s the thing, Country fans are just so loyal. I’ve been seeing the same people sweat it out at Fan Fair and now CMA Fest since I was 5-years-old…That is just the coolest thing about this genre and those that love it and follow it. They’re just in it for the long haul, and I love that.”

“I think CMA Fest is one of the best fan opportunities in music,” said Haywood. “It’s the best festival that’s put on for fans to get up close with their favorite artists. It’s also cool because there are the stadium shows that have everybody in Country Music out there playing every night.”

“CMA Fest gives us a chance to connect directly with our fans in a way we don’t get to any other time of the year,” said Kelley. “This year, CMA is letting us go all out, so we’re going to bring in the whole touring setup, ping pong and all, and invite as many fans as we can fit @ClubLabellum there at FFX!”

FFX offers fans an enhanced experience by adding two new stages, demonstrations, events, and exhibits including the Marketplace with boutiques and artisan booths, and Rockology, featuring an amazing gallery of stunning music memorabilia including Elvis Presley’s 1975 custom Cadillac Coupe De Ville which still retains the bullet hole from the Graceland security officer (who also happened to be Elvis’ uncle) who mistakenly fired a shot into the car. With an expanded footprint, FFX affords more people the opportunity to experience the Festival in comfort and style.

This marks the second year that AT&T has been title sponsor of the exhibit hall experience, first at the Nashville Convention Center and now FFX at the Music City Center.

The AT&T sponsored stage in FFX will feature performances from Nashville’s great songwriters, celebrity Q&A sessions, and more. But AT&T’s sponsorship of the CMA Music Festival extends beyond FFX to Broadway where the company will showcase its U-verse products and wireless services.

FFX is free to all CMA Music Festival four-day ticket holders. If you do not have a four-day Festival ticket, CMA is making available tickets to FFX for $10 a day; or $25 for a four-day pass to Fan Fair X. Ticket information will be posted closer to the event and will be available at CMAfest.com.

Launched in 2012 and back again in 2013 is an improved online autograph drawing so that fans don’t spend time waiting in long lines only to leave empty handed and disappointed.

“The fans spoke and we listened,” said Moore. “We learned a lot last year and received great feedback from the fans. And we have instituted many of their suggestions as we continue to make this system, fairer, safer, and easier for everyone.”

The new procedures for autograph seekers enhance the overall Festival experience, improve safety, and make the process for securing a treasured autograph with the most popular artists equitable for all Festival goers. The new system will be a drawing with online sign ups and advance notification, which will enable Festival-goers to better schedule their time so they can attend concerts and take part in free events and activities rather than waiting in line in hopes of securing a signature. The advance sign-up system creates a level playing field for all fans to enter for their chance to win an autograph signing ticket.

Of the hundreds of artists appearing in FFX over the four-day event, only a projected 10 percent of signings will require a ticket. All others will be open, non-ticketed signings. A list of autograph sessions that require tickets and directions on how to enter will be posted May 20 at CMAfest.com.

Fans can purchase four-day CMA Music Festival tickets, which include the nightly concerts at LP Field and access to the new FFX at Music City Center, through Ticketmaster at Ticketmaster.com or 1-(800)-745-3000. Tickets can also be purchased by calling 1-800-CMA-FEST (262-3378). Ticket prices are based on the level of seating and range from $135 to $350 plus handling fees. A limited number of four-day parking passes for LP Field are also available (parking is not included in the Festival ticket price), ranging from $60 for Cars to $140 for an RV/Motorcoach, plus handling fees. Parking passes are available by calling 1-800-CMA-FEST.

Ticket and parking prices are subject to change without notice. All sales are final and non-refundable. Children 3 years and younger are admitted FREE. For information on ADA seating, please call 1-800-CMA-FEST.

Fans can stay in the loop by visiting CMAfest.com, the official website of CMA Music Festival, where they can sign up for the CMA Exclusive e-news. Fans can also connect with CMA at Facebook.com, Twitter, Pintrest, and Instagram.