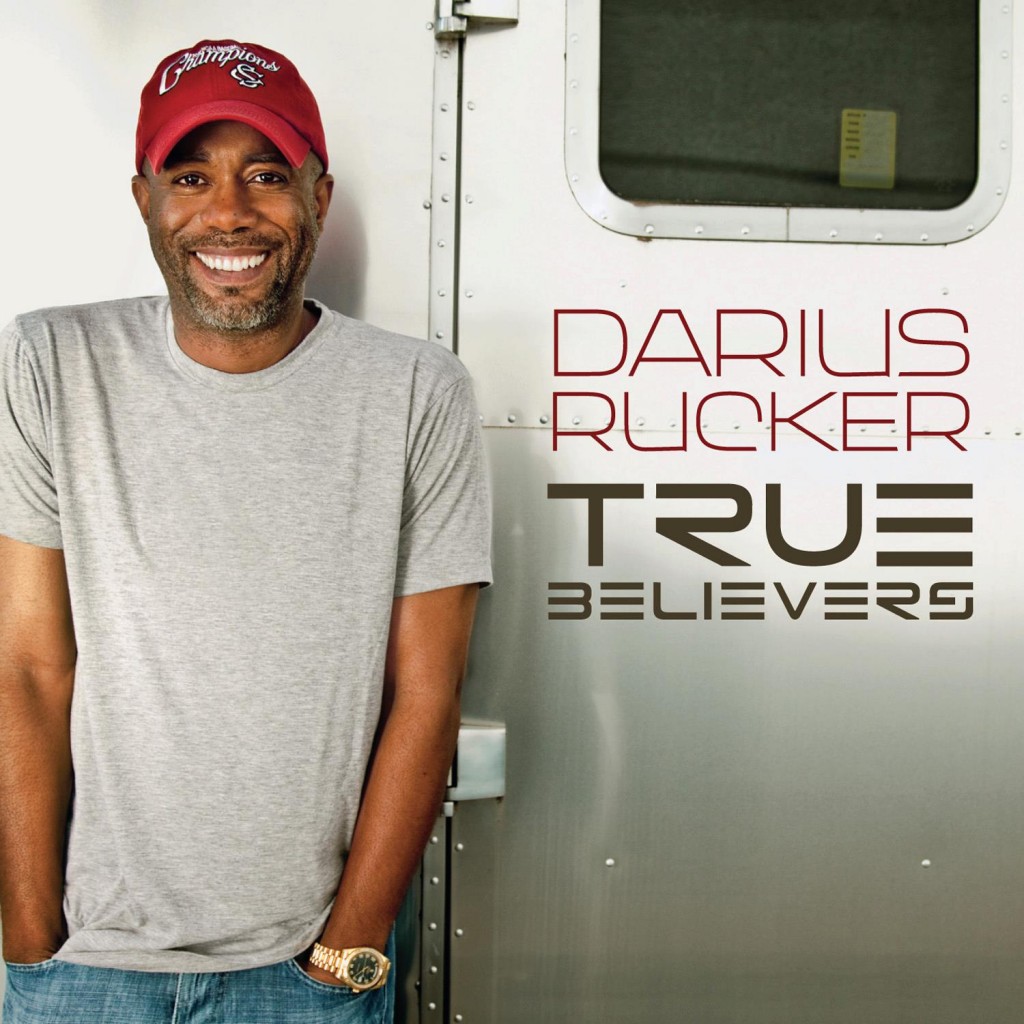 “I’m very proud of this record,” Rucker reveals.  “The songs, the co-writes, the vibe – it’s all really different from what we’ve recorded and released on the past two albums, and I hope that difference resonates with the fans.”

Rogers, who also produced Learn To Live and Charleston, SC 1966, shares, “When we were recording True Believers, we had Darius record a lot of the vocals for this album in his hometown of Charleston. I think as a result of that relaxed setting he was more experimental vocally, and honestly, he sang better than ever before.”

Rucker’s first two country albums, Learn To Live and Charleston, SC 1966 both topped the Billboard Country album chart and produced five No. 1 singles including “Come Back Song,” “This,” “Alright,” “It Won’t Be Like This For Long” and “Don’t Think I Don’t Think About It.”

In 2009 Rucker was named New Artist of the Year at the CMA Awards.  Most recently, he achieved a personal goal and childhood dream when he was inducted into the Grand Ole Opry on October 16, 2012.  Rucker will kick off his True Believers Tour on May 9 in Estero, Florida, visiting more than 20 cities across the U.S. before wrapping up in Clarkston, Michigan on June 30th.