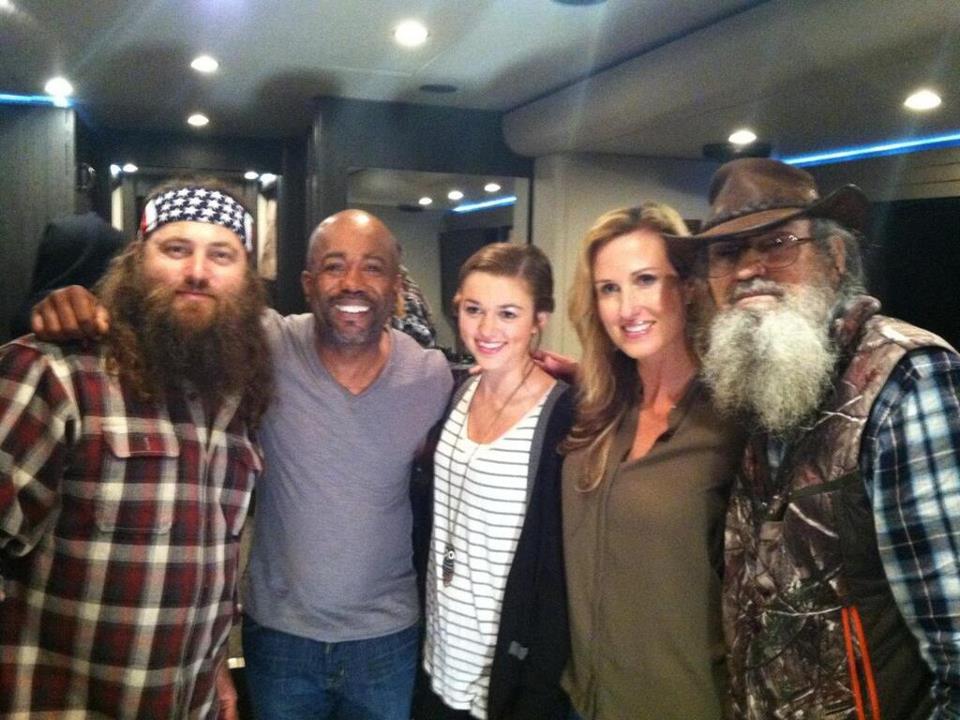 Capitol Records Nashville’s Darius Rucker has been shooting his latest music video for his new single “Wagon Wheel” in Nashville, TN this week.  The video directed by Jim Wright features several guest appearances including Jase, Korie, Sadie, Si and Willie Robertson from A&E’s Duck Dynasty and Charles Kelley of Lady Antebellum who along with Dave Haywood and Hillary Scott sing background vocals on the single.

“My wife came up with the idea to have the Duck Dynasty (DD) guys in the “Wagon Wheel” music video, and I thought we had no chance because they’re so busy so I never even said it out loud,” explains Rucker. “Thank God she called my manager because the DD folks took this video to a whole new level! Big thanks to them and Charles… It was a good time for sure, and I can’t wait to see how the video turns out!”

“Wagon Wheel” was written by Ketch Secur of Old Crow Medicine Show and is based on a sketch by Bob Dylan.  The hit single is from Rucker’s upcoming third solo country album, True Believers, which will be released this Spring.