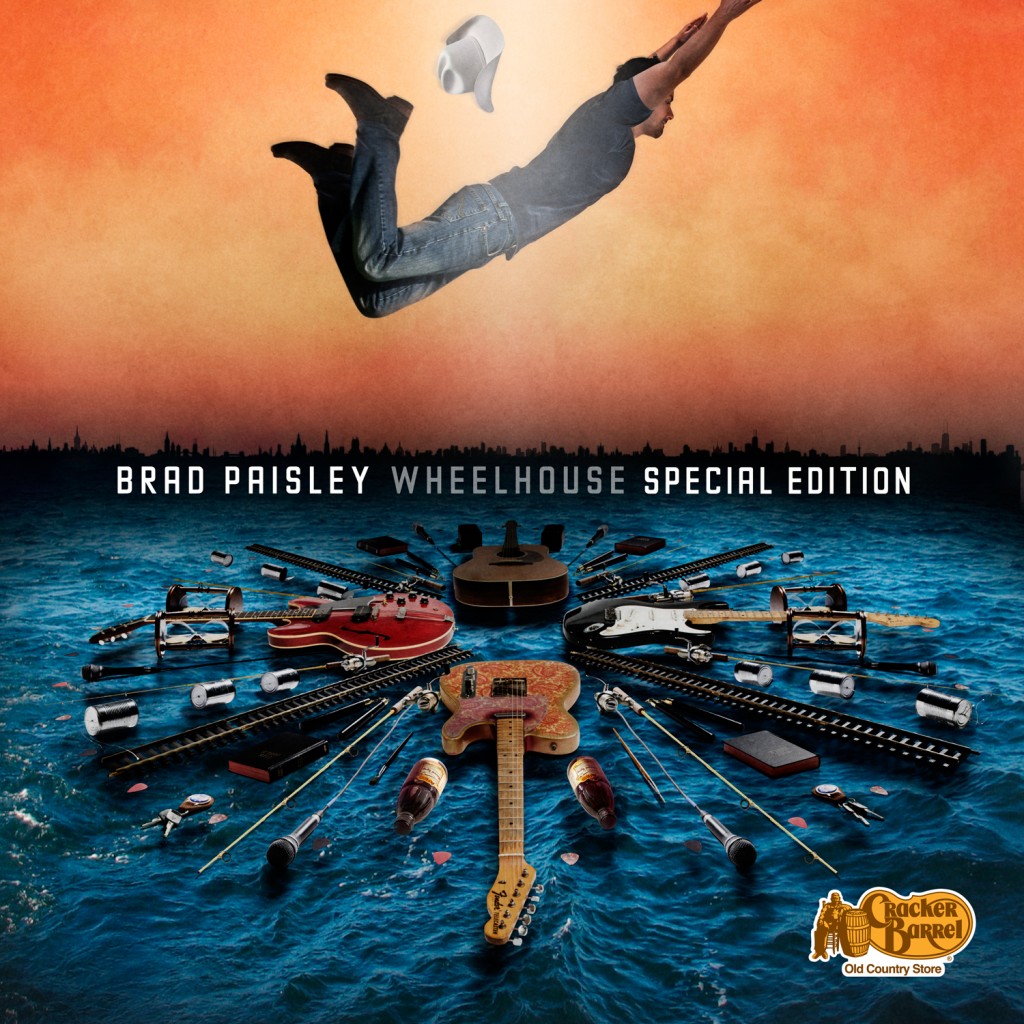 “Three of the tracks on Wheelhouse – Special Edition are exclusive to Cracker Barrel, making an exceptional addition to Brad Paisley’s latest, already outstanding CD,” says Cracker Barrel Marketing Manager Julie Craig. “We’re thrilled to bring our guests a Brad Paisley music experience both in our stores and throughout the country as his Beat This Summer Tour presented by Cracker Barrel Old Country Store® travels to 29 cities in the U.S. and Canada beginning in May.”

Paisley’s upcoming album, Wheelhouse – Special Edition, will be released on April 9 and includes the #1 hit, “Southern Comfort Zone,” and his current single, “Beat This Summer.” His 2012 Virtual Reality World Tour played to over one million fans in the U.S. and Europe.  His 2013 tour will kick off on May 9 in St. Louis – Beat This Summer Tour presented by Cracker Barrel Old Country Store®.