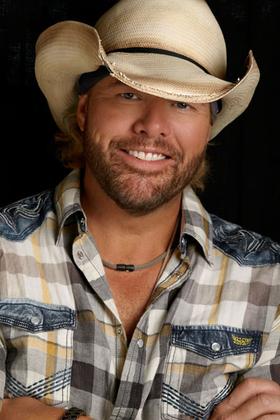 One of the top touring draws of his era, Toby Keith is preparing to put the hammer down on a new tour called, appropriately, the Hammer Down Tour. Presented by longtime partner Ford F-Series, the run begins on June 8 in Ozark, AR.

High-profile stops include Chicago, Washington DC, and Sturgis Buffalo Chip. Prior to the start of the tour, Toby will be headlining the San Antonio Stock Show & Rodeo, Houston Livestock Show & Rodeo, a night at the four-day festival Country Thunder in Florence, AZ, and a night at the blockbuster Stagecoach festival in Indio, CA. Forbes’ 2012 top-earning country artist thanks in no small part to his standing-room-only tours, Toby takes to the road again with dates set through September. Joining him on this party is special guest Kip Moore.

Touring in support of his current album Hope On The Rocks, Keith will bring his acclaimed live show and its breakneck set list of hits, not the least of which is the album’s title track single, “Hope On The Rocks.” Like most of his crowded stable of smashes, the song was written by the man himself.

Toby Keith remains the primary creative force behind a remarkable career that, in 2012, reached new milestones: His “Red Solo Cup” certified itself as the biggest viral event in country music history. His 10th annual USO Tour again brought him to international hotspots to boost the morale of America’s fighting men and women.

Of course, his Live In Overdrive Tour played a succession of packed houses, as its successor will, as well. Confirmed dates (subject to change) are below with more to be added soon.

Dates with * = Kip Moore does not appear.