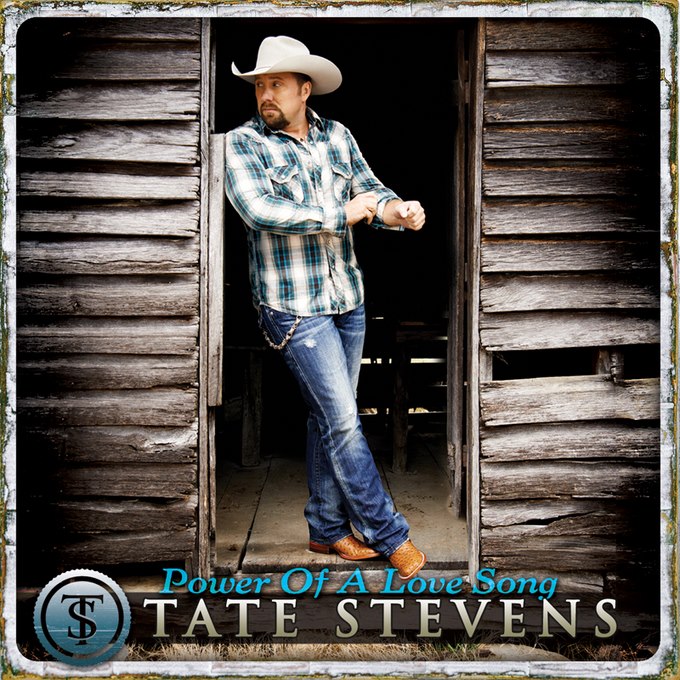 FOX’s The X Factor Season 2 winner and Syco Music/RCA Nashville recording artist Tate Stevens released his debut single “Power Of A Love Song” Tuesday, February 12. The commanding new ballad showcases Stevens’ billowing baritone vocal power, which won over millions of viewers on The X Factor, and is the lead single from his forthcoming debut album, set to be released this spring.

During Sunday night’s broadcast of The 55th Annual GRAMMY Awards, Pepsi hosted the exclusive debut of Stevens’ music video for “Holler If You’re With Me” in a commercial, which was named “a legit smash” by Taste Of Country in their article, “Five Things To Take Away From the 2013 GRAMMY Awards.” “Holler If You’re With Me” has been viewed more than 70,000 times and counting in just 72 hours. Fans who’ve yet to see it can click HERE to view.

“The first time I heard ‘Power Of A Love Song’ I knew I had to record it,” shares Stevens. “The best love songs say what we can’t and get us through the tough times. The songwriters summed that up perfectly in this song. It is the power of a love song!”

Written by Jeremy Bussey, Bradley Gaskin, and Marcus Franklin Johnson, “Power Of A Love Song,” encompasses a traditional country sound that solidifies Stevens’ authenticity in the genre as he makes his highly-anticipated mainstream debut.

Helmed by renowned Nashville producer, Blake Chancey, Tate’s yet-to-be-titled debut album will be released this spring. “I had an amazing time making my first record,” shares Stevens. “Getting to work with some of the best writers in Nashville to write songs that I later went on to record is an incredible feeling. The recording process in my case happened much faster than it usually does and my producer Blake Chancey was there for me every step of the fast pace process and I can’t thank him enough.”