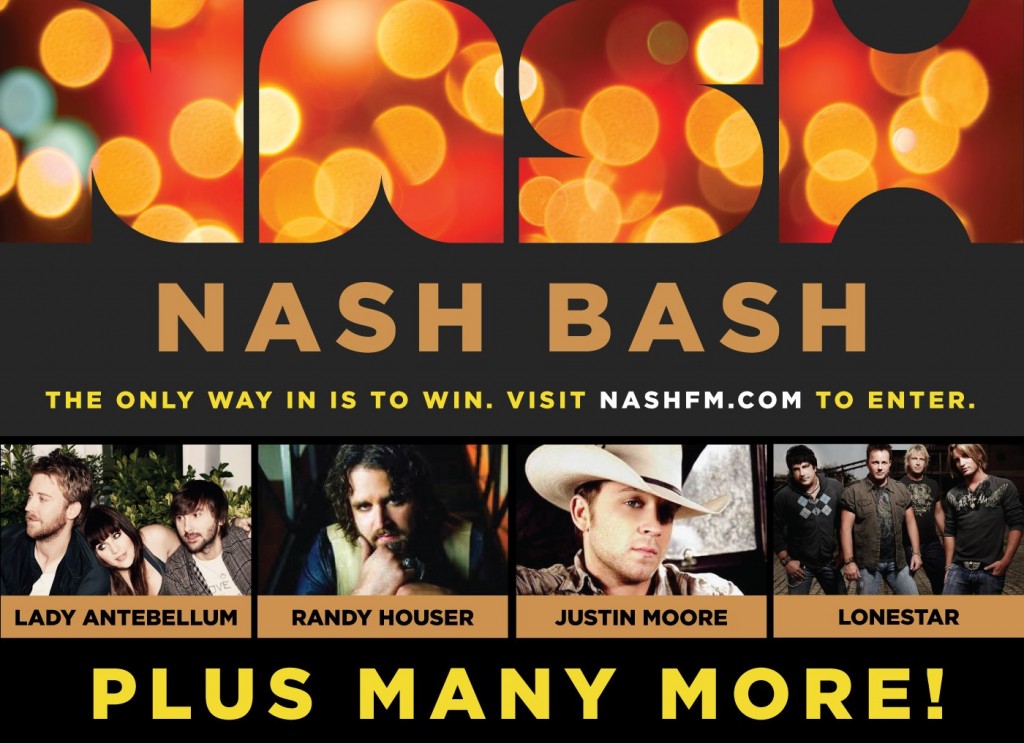 Join the biggest names in Country music including Kix Brooks and Country Music Awards “Entertainer of the Year” Blake Shelton when NASH FM 94.7 opens the doors to the famed Roseland Ballroom for three straight nights of Country’s top stars next week. For information on how to win tickets to a NASH BASH, fans should tune in to “America’s Country Station” NASH FM 94.7.

NASH FM 94.7, the only Country station in New York City, is the flagship for the national NASH entertainment brand based on the Country music lifestyle. NASH includes programming on more than 80 Country format radio stations owned by Cumulus as well as a NASH magazine, online content and television programming.

“The response to launching New York City’s only Country radio station last month has been amazing and we’re excited about this opportunity to let our listeners celebrate with top Country acts as we roll out NASH nationwide,” said Lew Dickey, CEO of Cumulus, the largest pure-play radio broadcaster in the United States.

Tickets to the three “NASH BASH” concerts are not for sale. Listen to NASH FM 94.7 for how to win tickets. The NASH BASH parties celebrate the launch of New York City’s NASH FM 94.7 and the rollout of the national NASH brand.

Kix Brooks will perform at all three NASH BASH concerts along with these stars: