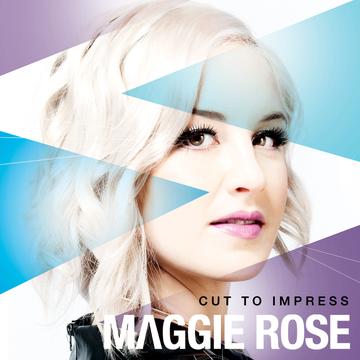 RPM Entertainment’s sultry and sassy singer/songwriter Maggie Rose will release her debut full-length album, Cut To Impress on March 26, 2013. The album will be distributed by Sony Music Nashville.

The title, Cut To Impress, comes from a lyric in the second verse from “Mostly Bad,” a song Rose co-wrote with Jim Wes. “It was one of those lines that stood out to me because it represents so many things that embodied my debut album. It’s a confident statement about all the cuts on the album and it’s also is a statement saying I have cut out a place for myself as an artist that is different and unique.”

The album was produced by Blake Chancey and James Stroud, with help from Stephony Smith on two cuts. Rose co-penned 4 out of the 10 cuts on the album. From the swampy story song “Preacher’s Daughter,” to the flirtatious “Fall Madly In Love With You,” to the musical mini-movie “Looking Back Now,” Rose shows she understands the dark side of life, but she doesn’t dwell on it because she has sass too.  That sass and attitude is revealed in her debut Top 25 single, “I Ain’t Your Mama,” showing Rose can blend her feminine attitude to empower her female fans, yet bring the boys to their knees with desire.

“Better,” her follow-up single, will be going for adds at country radio on February 25.  The new single is an instantly relatable song for anyone in a bad place yearning to move on and find healing.  It’s an emotional song with lyrics that all of us have said at one point or another in our lives, (I just want move on / with my life / put the pieces back together / I just wanna feel better.)