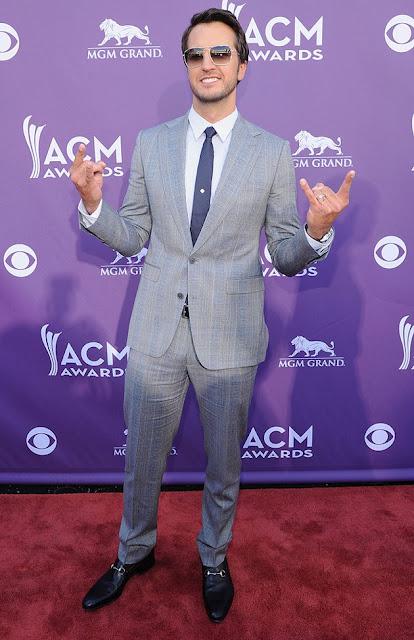 Luke Bryan is currently playing to sold-out crowds on his Dirt Road Diaries Tour, but he’s planning on taking time out to hook up with Blake Shelton to go over their hosting responsibilities for this year’s ACM Awards.

“Blake and I, we’re gonna start spending some time on the phone and talking stuff out,” says Luke. “At the end of the day, I mean, whatever the writers write, Blake and I will have to say it, but we’ll certainly have a lot of input to do funny things. There’s not much time, but there’s enough time to where we can brainstorm and put something together.”

The Georgia native is going to make sure he’s very prepared for his new hosting gig. “You just have to prepare and make sure you’re ready for what’s fixin’ to happen,” he says. “And that’s the main thing with me is that by the time I prepare, I’m not going to let myself go out there and be unsure of anything. Just go out there and make the most of it and be comfortable.”

The 48th Annual Academy of Country Music Awards will be broadcast live from the MGM Grand in Las Vegas April 7th on CBS.

On another note, Luke just played to a record capacity crowd at Louisville’s Yum Center to a total of more than 22,000 people, which also happens to be Luke’s own personal best record, as well.