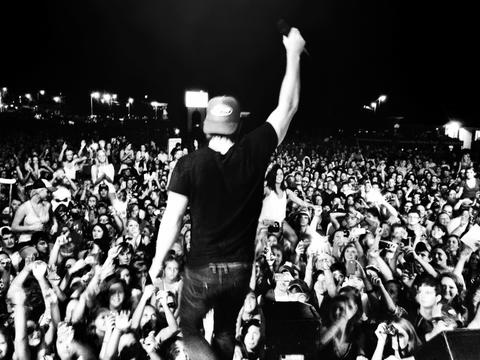 “This year is off to a crazy start and it’s only February,” said Kip.  “We have been at this awhile, just going out on the road and playing to as many people who would listen.  It wasn’t much at first, but thankfully, the number of people listening seems to be getting bigger and bigger.  And if you missed out on any tickets, I’m sorry…but I guarantee we’ll be back soon!”

Kip recently released the third single, “Hey Pretty Girl,” from his debut album UP ALL NIGHT, which was the best selling debut album from any country artist released in 2012.  The single follows two consecutive No. 1 singles “Somethin’ ‘Bout A Truck” and “Beer Money.”   His first career No. 1 single, “Somethin’ ‘Bout A Truck,” held the top spot on both charts for two weeks making him the first solo artist in four years to have a debut album’s first single go No. 1 for multiple weeks.  Previously on tour with Eric Church last fall, Kip is continuing to headline his own dates as well as hitting the road with Brantley Gilbert in February and April.  Kip will be opening for Toby Keith this summer starting in May.

For a full list of tour dates and more information, please visit, kipmoore.net.