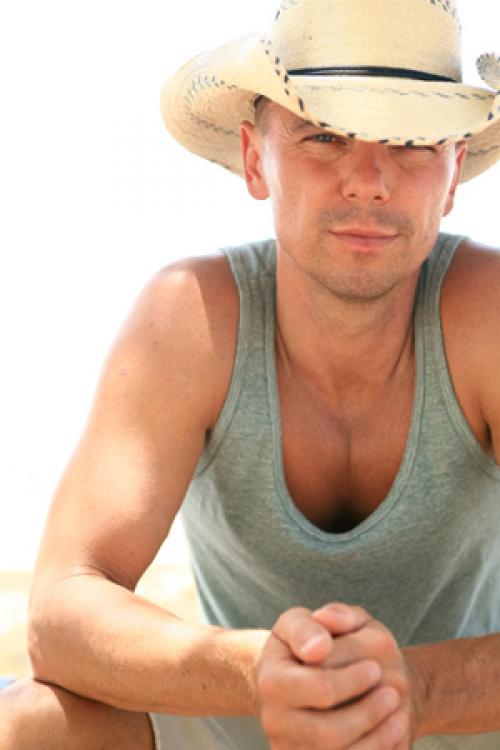 Having launched hard and still building, Kenny Chesney’s “Pirate Flag,” the swaggering anthem of every day rebellion under the radar will be in fans hands shortly. Given the anticipation, which saw No Shoes Radio slow, but never falter and unprecedented internet response for a song debut, the lead track from April 30’s Life On a Rock, is available HERE and at all digital retailers today.  A pre-order for the album is available at Amazon HERE.

“We were watching the fans blog and post and tweet about it,” Chesney marvels, “and they may like ‘Pirate Flag’ even more than I do. And that’s saying something, cause when I heard it, I knew this was the kind of song the No Shoes Nation can rally around.”

Written by David Lee Murphy (“Living In Fast Forward,” “Dust On The Bottle”) and Russ Copperman, the song about an East Tennessee kid who jumps a bus on a whim one night and rides it to the edge of the country is all about jettisoning what’s expected in order to embrace what can be. That spirit informs the CMA/CMT Award winning director Shaun Silva’s clip, which debuts exclusively on AOL’s Music and The Boot, as well as The Huffington Post on Feb. 7.

A high saturation mix of Chesney the rock star, hot babes, gorgeous beaches, cold beverages and killer boats, “Pirate Flag” is also marked by footage of the 4-consecutive Academy of Country Music and 4-time Country Music Association Entertainer of the Year “unguarded.” Sail-boarding, underwater, kicking back with friends, he even takes his “Old Blue Chair” into the Caribbean with Poncho and The Old Man & the Sea.

“What people might not realize about a lot of the ‘babes’ in this video… is those are my friends, girls I know from the island who did the very thing this song is about – and that freedom from what’s expected just makes them shine,” Chesney says. “I think there’s a little bit of ‘Ferris Bueller’ in all of us, and this song is all about who we’d be on a perfect day where we just said, ‘Forget about it!’ So, that’s what we tried to capture.”

Once the Internet debut hits, CMT will start broadcasting the clip on Feb 8, as well as CMT.com and the entire VEVO platform. Also on Feb 8, GAC begins airing the video at 6am eastern and will continue airing throughout the day at the top of every music video hour.

Beyond the fans – including Chad Armel’s blog post “Raise the Jolly Roger,”and several hundred No Shoes Nation pirate flags sold from his website – USA Today has already weighed in, deeming it “Song of the Week” in their Grammy edition of Listen Up! And this is no doubt just the beginning of a summer where no shoes, no shirt will definitely be no problem.