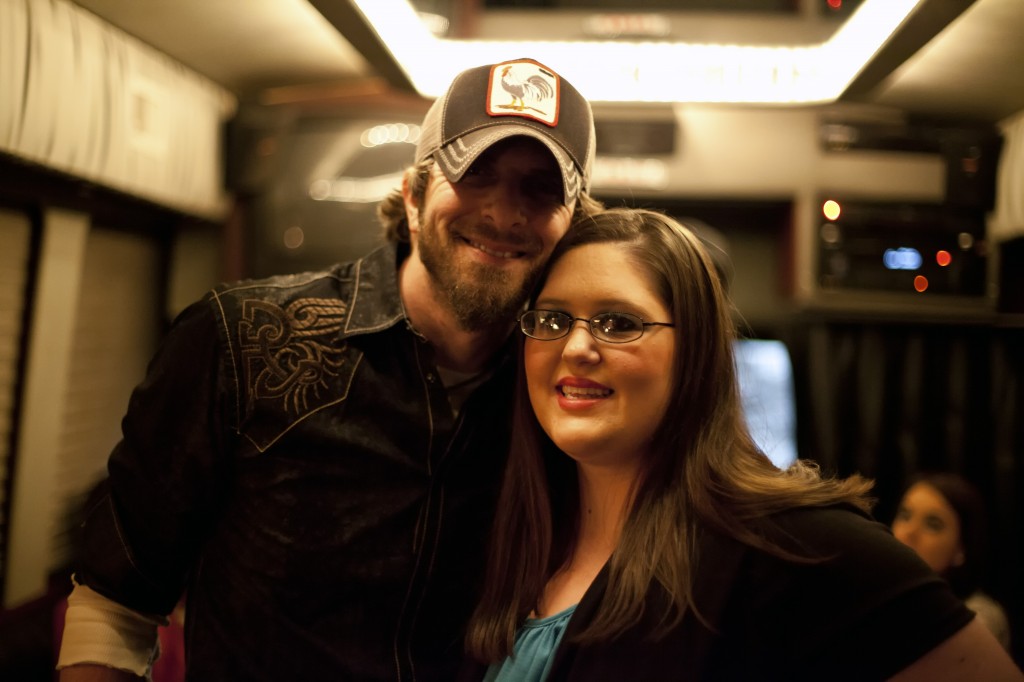 On Febuary 9th in Morgantown, WV the WVU Coliesum parking lot was packed full of young tailgaters, however, this was no game day tailgating event. The Hell On Wheels tour with headlining artist Brantley Gilbert and opening acts Brian Davis and Kip Moore was rolling into town. It was only one o’clock but that sure didn’t stop all the anxious fans. 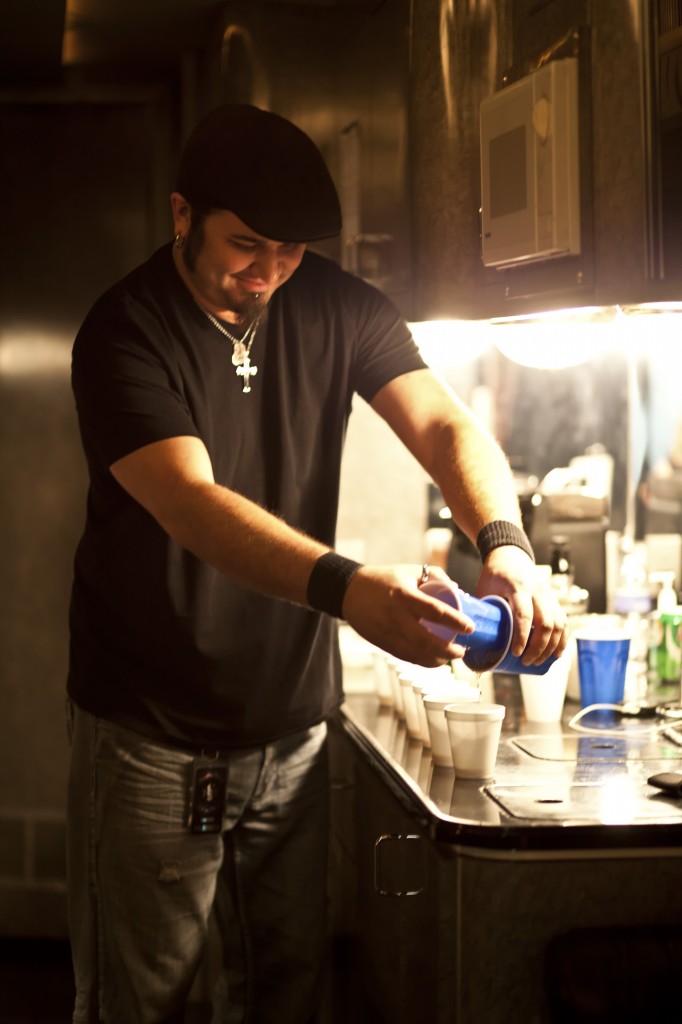 Opening act Brian Davis held a “Meet & Drink” on his tour bus an hour before showtime. Brian’s dad greeted everyone upon arrival and offered cold beverages to go around. If you were one of the lucky fans on the bus that night, you also got Brian’s new cd Under The Influence. He sang a few songs for everyone and then joined us in conversation. Drummer Jason Schmidt also joined in and even decided to play bartender for the night. Also in attendance was Brian’s older brother. Beer, music and three generations of the Davis men, now that is what I call a good time. Brian is just a humble person and you can’t help but love him. 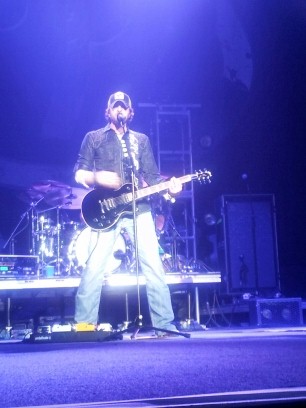 Brian Davis opened up the show with “Bang Bang” which is upbeat and fun. I thought the best part of his set is when he sang “Against The World” which is a ballad and it’s pretty powerful. Brian co-wrote the song with Brantley Gilbert, those two really make a great team. He really puts on a good show and twenty minutes wasn’t enough for me, I wanted more. 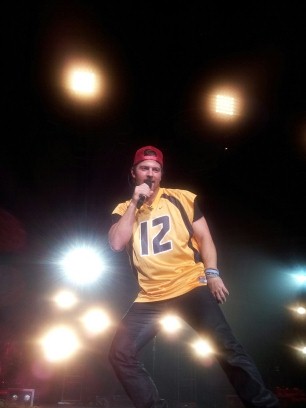 Next to hit the stage was Kip Moore. Kip is just a smooth, charming type of dude. He sang his popular radio songs “Beer Money” and “Somethin’ Bout A Truck.” My favorite was when he performed “Fly Again” and jumped into the audience to sing. A highlight of the show though, would have to be when he came out in a WVU jersey. Everyone knows WVU is known for loving their football team. 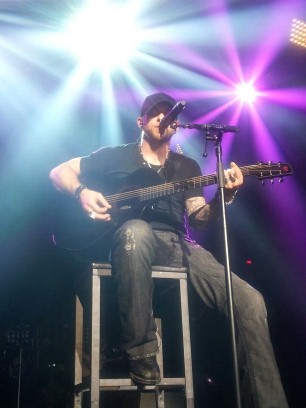 Saving the best for last, Brantley Gilbert hit the stage. I don’t want to give to much away because I feel everyone should experience a Brantley Gilbert concert. Brantley is a true performer. He is so hardcore, yet so gentle. He sang “She’s My Kind Of Crazy” and dedicated it to Jana, who was backstage. He also performed a new song called “Read Me My Rights” which him and Brian wrote together. The song is totally bad ass and was in true Brantley fashion.

Brian and Kip both signed after the show at the merchandise table and fans were in awe. I managed to get some feedback from a few Brian Davis fans. Lori says “Brian Davis’s performance was really high energy and he is amazing. He is so attractive and so nice.”  Lori said she wasn’t familiar with Brian before the show but she is now a hardcore fan. I pretty much heard the same thing from every fan, Brian Davis is amazing. If you want to check out Brian head on over to his website briandavislive.com or follow him on twitter @briandavislive.

To see if Brantley Gilbert’s Hell On Wheels Tour is coming to an area near you, please click HERE.  It sounds like this is one concert event you don’t want to miss!  Thank you Brittany for sharing your experience!

*All images provided & used with permission from Brittany V.