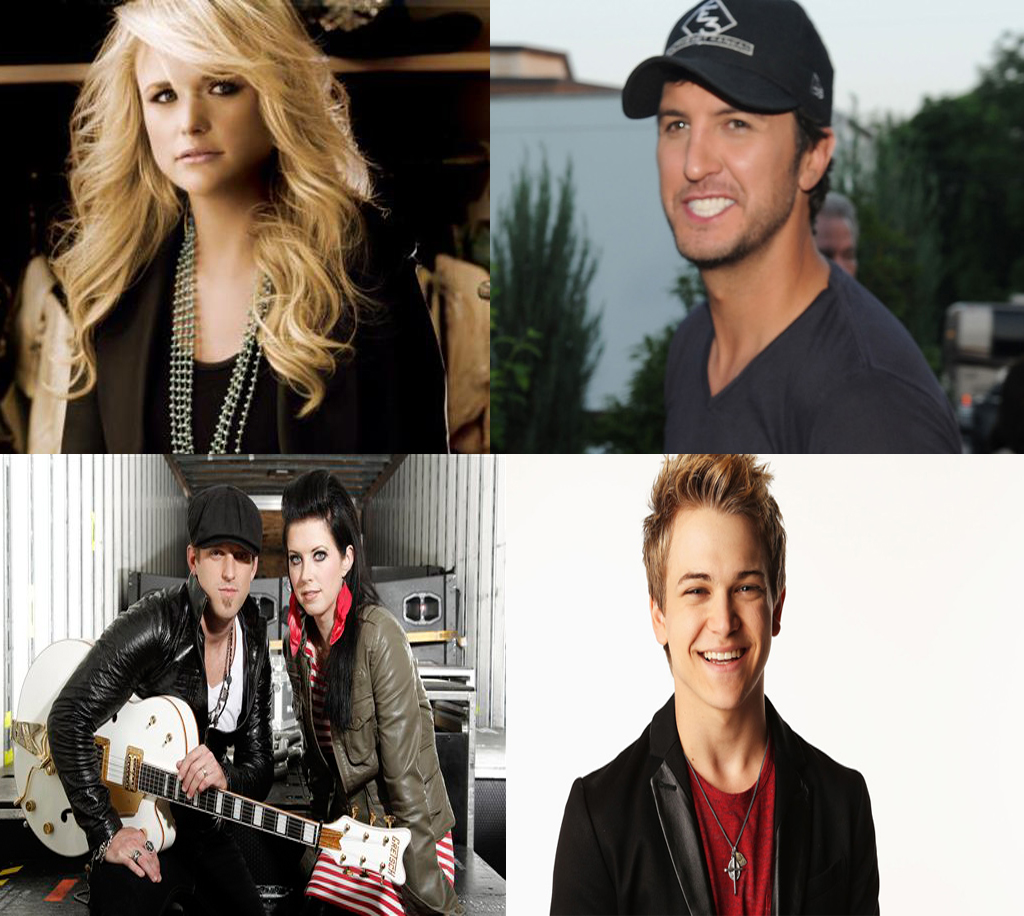 It was an exciting day for country music today as the ACM Awards Nominations were announced this morning via digital press conference on the Academy of Country Music’s Facebook Page and Twitter Page.  For a Complete List of ACM Nominees, please click HERE.  See what several artist nominees had to say about their award nominations via social media and/or press release.

Miranda Lambert – ACM’s! I’m so happy to be nominated! The butterflies are always there when the names are being announced. I feel so blessed. Celebrating!

Hunter Hayes –  “I really feel like I’m part of the family now. It’s such an honor to have the most amazing fans and now this incredible country music community think my music is worthy of these nominations. With “Wanted” being nominated for a GRAMMY and now the ACMs  it blows my mind, what a way to kick off the year!!”

Thompson Square – “It’s amazing to be nominated in our favorite category for the second year,” said Keifer & Shawna Thompson. “A big high five to all of you who voted for us. We love ya!”

Luke Bryan – Thank y’all so much for my ACM – Academy of Country Music award nominations. I couldn’t do this without the support of my fans.

Kacey Musgraves – “Holy sh*t y’all! I am speechless and so thankful,” said Musgraves. “As a newcomer it’s an honor to be included in such a talented group of ladies.”

Blake Shelton – Holyshitballs of America!!!! First 3 ACM nominations then a Nickelodeon nomination!!!! This calls for a drink!!! #probablynotagoodrolemodel

Florida Georgia Line – “We used to tell each other how fun it would be one day to actually attend an award show,” shares Brian Kelley. “This last year has been a whirlwind and we’ve had the opportunity to go to a few. With that said, we never dreamed we would win an award or receive multiple nominations. This is an unbelievable honor!” Tyler Hubbard adds, “thank you to our fans for letting us play for you out on the road and giving back in such a cool way. This award and these nominations couldn’t have happened without you!”

Martina McBride  Holy smokes! So excited and happy for the ACM Female Vocalist Of The Year nomination! Congrats to all the nominees!

Will Hoge – “Earlier this year I had the amazing opportunity to participate in the ACM Honors event at the Ryman in Nashville, alongside some of my greatest musical influences,” shares Will Hoge. “Now to receive this nomination and know that I’ll get to spend even more time in Vegas with fans, friends, Country radio and the awesome ACM team, I’m truly honored.”

Big & Rich – Proud to be nominated for “best duo” with my bud Big Kenny this year for the ACM’s! New single coming soon: “CHEAT ON YOU” on ITUNES now! -JR

The Band Perry  Awesome!! Congrats to all the nominees, & thank you for the @ACMawards vocal group nom!

Lady Antebellum We are so excited about this year’s ACM – Academy of Country Music nomination! Thank y’all SO much. See ya in Vegas!

Brantley Gilbert BG NATION …. you guys are absolutely amazing. We never could have done it without you. Thank you SO MUCH for hanging in there and voting every day…. Now we just have to take home the big one…. THIS IS AWESOME…. HELL YEA

Jana Kramer Just found out that I won new female of the year for ACMs!!!! I am so thankful for all of you for voting! Love u all so much! I sometimes doubt myself but y’all keep me going and this for sure has helped me realize a lot and I am again so thankful for u all! I can’t believe I’m up against my fiancé and my friends Florida Georgia line for overall new artist! I love them both! So honored to be in a category with them! Holy crap I just can’t believe I won new female!!!!!! I seriously love y’all!

One reply on “Country Artists React To Their ACM Award Nominations”