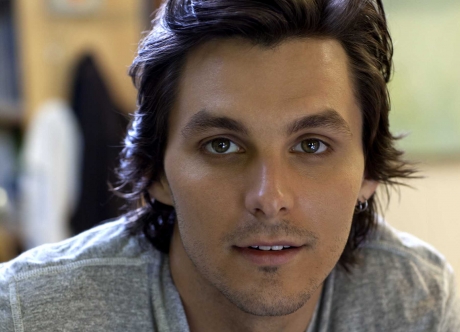 CMT has named Warner Music Nashville recording artist Charlie Worsham the first LISTEN UP artist of 2013, declaring him one of country’s hottest rising acts and revealing the first installment in a series of exclusive performances premiering at CMT.com throughout the month.

Fans can visit listenup.cmt.com for the live performance of Worsham’s debut single, “Could It Be.”  The singer-songwriter from Mississippi also talks about growing up in a musical family, as well as what it is like working with some of the biggest stars including Eric Church and Taylor Swift in an exclusive new interview.

“The first time I saw Charlie perform, I was blown away,” said Leslie Fram, SVP of Music Strategy, CMT.  “He’s a triple threat, an amazing singer/songwriter and musician.”

More exclusive performances will be released throughout the month at CMT.com, including “Want Me To” and “Trouble Is” on February 18, followed by “Rubberband” and “Young To See” on February 25.  Worsham will be featured across CMT properties all month long as CMT’s LISTEN UP artist, with video exclusives, photo galleries, interviews and more.  The franchise launched in 2011, and showcases country acts on the verge of breaking out.

Worsham is a Mississippi native who shared the stage on tour with country sensations such as Taylor Swift and Miranda Lambert, and was a sought-after studio musician before he wrote and recorded his debut solo album. Worsham is the recipient of the most first-week adds for a male artist’s debut single in the history of Country Aircheck, with 58 first-week adds of “Could it Be”. Worsham has also been featured in People Country and has performed on NPR’s elite Mountain Stage. “Could It Be,” is currently available on iTunes, and is also featured on his upcoming Warner Bros. Records release.