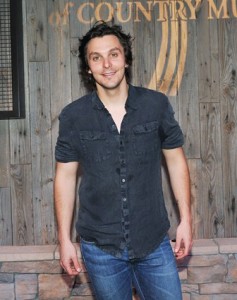 Warner Music Nashville recording artist Charlie Worsham will world premiere the music video for his debut single, “Could It Be”, today during a 24-hour CMT exclusive as the first Listen Up artist of 2013 which can be seen HERE. Fans can also check in throughout the month of February as CMT will be rolling out other video exclusives including a Listen Up Live performance.

“Could It Be” received 58 first-week adds at country radio, making Worsham the recipient of the most first-week adds for a male artist’s debut single in the history of Country Aircheck. This week, the single holds the No. 46 position on Billboard’s Hot Country Songs chart and No. 47 on Country Aircheck. “Could It Be,” which is currently available on iTunes, is also featured on his upcoming Warner Bros. Records release.

Worsham will be hosting a LIVE Twitter chat TONIGHT (2/4) at 7 p.m. CT. He’ll be talking about his debut music video, “Could It Be,” and taking questions from fans. Be sure to follow Charlie on Twitter @charlieworsham and TUNE-IN.