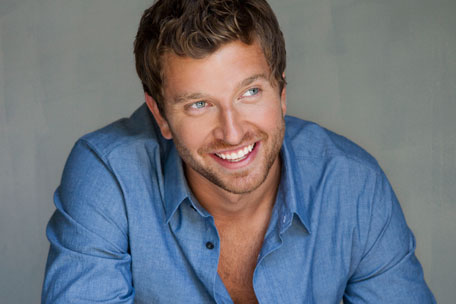 Atlantic Records recording artist Brett Eldredge will be the first featured artist on Warner Music Nashvilles new monthly interactive live concert stream, Live from Music Square, via StageIt on Tuesday, February 12. During the FREE hour-long session he will perform his current hit single, “Dont Ya”, in addition to other new tracks from his debut album due out later this year. Click here for an exclusive video from Eldredge about his upcoming appearance.

“I’m honored to be the first artist featured on Live from Music Square,” said Eldredge. ”While on tour, I travel far and wide but still miss out on hitting all of the cities where my fans are. Live from Music Square gives me a chance to perform and socialize with fans around the world. They can sit in the comfort of their own home, eating Fruit Loops and drinking a cold one and watch me jam like I’m right there with them.”

The live concert starts at 8pm EST / 7pm CST on Tuesday, February 12 and will be broadcast from Studio B on Music Row in Nashville. The stream can be accessed at livefrommusicsquare.com.

Eldredge is also scheduled to join Eli Young Band in Oklahoma next week and additional dates later this year on their Life At Best Tour. For a complete list of tour dates please visit bretteldredge.com.