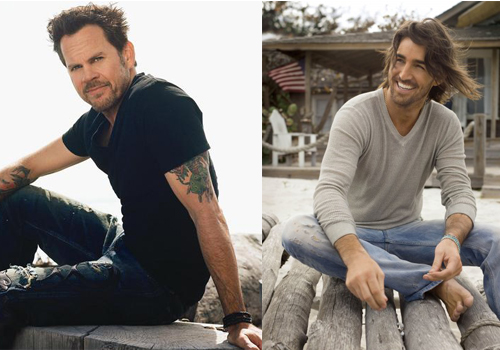 The Academy of Country Music and Las Vegas announced today that for the seventh consecutive year, ACM Weekend at Fremont Street Experience will be taking place on Friday, April 5th and Saturday, April 6th.

On the heels of the ACM Party for a Cause Festival at The Orleans Hotel and Casino, this ultimate ACM after party continues  in downtown Las Vegas at Fremont Street with two nights of all-star concerts headlined by Gary Allan and Jake Owen and featuring performances by Randy Houser, Chris Janson, Jana Kramer, Kip Moore, Joe Nichols and Sunny Sweeney.

Hosted by three-time ACM On-Air Personality of the Year Award winner Blair Garner, ACM Weekend at Fremont Street Experience will once again feature a free and open-to-the-public concert beginning at 9:00pm both nights and performances on two stages. ACM Weekend at Fremont Street Experience, ACM Party for a Cause, THE ACM EXPERIENCE and more will all be taking place in conjunction with “The Week Vegas Goes Country®,” leading up to the 48th ANNUAL ACADEMY OF COUNTRY MUSIC AWARDS, a star-studded event honoring country music’s best and introducing the industry’s hottest emerging talent. The ACM Awards will be broadcast LIVE from the MGM Grand Garden Arena in Las Vegas Sunday, April 7th, 2013 at 8:00 PM live ET/delayed PT on the CBS Television Network.

For updates on ACM Weekend at Fremont Street Experience, ACM Party for a Cause at THE ACM EXPERIENCE, the ACM Awards and all Academy of Country Music events, please log onto ACMcountry.com, like them on Facebook at facebook.com/AcademyOfCountryMusic or follow them on Twitter at twitter.com/ACMawards.