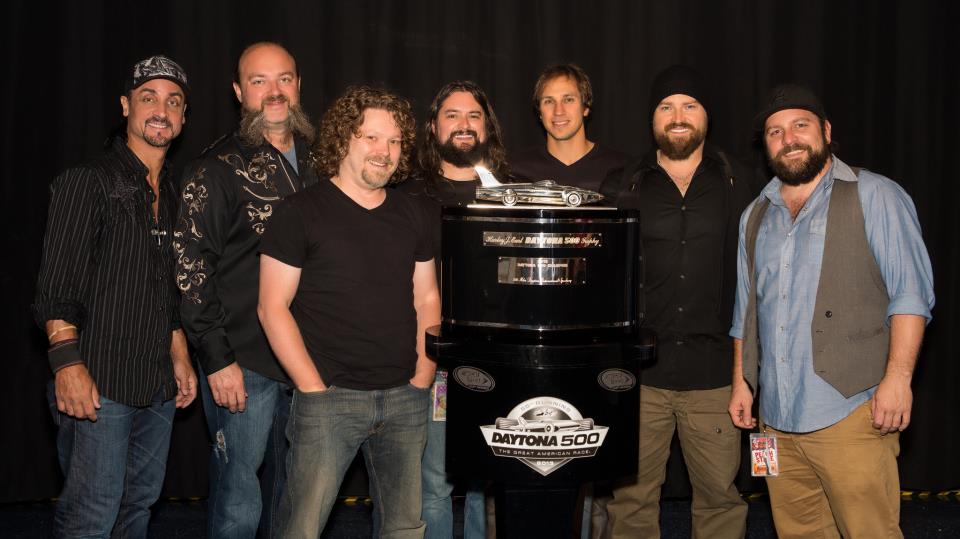 Zac Brown Band will perform several songs prior to the start of the 55th annual Daytona 500 – the prestigious season-opening event to the NASCAR Sprint Cup Series and the biggest stock car race in the world.

All race fans that purchase a Pre-Race/Sprint FANZONE access pass for the Daytona 500 will be able to enjoy Zac Brown Band’s Daytona 500 Budweiser Pre-Race Show, as well as driver introductions, from the grass tri-oval area.

“Zac Brown Band will kick off pre-race activities for the 55th annual Daytona 500 with a rousing, heart-pumping concert that will be sure to get everyone on their feet and ready to race at Daytona International Speedway,” said Speedway President Joie Chitwood III. “The group is renowned for their energetic live performances and they are the perfect complement to ‘The Great American Race.’ ”

Zac Brown Band’s latest album Uncaged (Atlantic/Southern Ground) has been nominated for Best Country Album at the 2013 Grammy Awards and debuted No. 1 on Billboard 200. The album follows the Georgia seven-piece’s triple-platinum major label debut The Foundation (Atlantic Records/Home Grown/Big Picture) and platinum #1 follow-up You Get What You Give (Atlantic/Southern Ground), which together produced a historic series of nine consecutive #1 hit singles. Since 2009, the band has garnered over 70 GRAMMY, ACM, AMA, CMA and CMT award nominations.

In addition to his concert, a special ticket package designed around the Zac Brown Band has been created that includes a Daytona 500 grandstand ticket, Pre-Race/Sprint FANZONE access and VIP area access to Zac Brown Band’s performance. Packages start at $164. Fans that already have race tickets can add Pre-Race/Sprint FANZONE access along with VIP area access for $99. Packages go on sale Tuesday.

For more information on tickets for the 55th annual Daytona 500 and Sprint FANZONE/Pre-Race access, race fans can go online at daytonainternationalspeedway.com or call 1-800-PITSHOP. If you are unable to attend in person, be sure to tune in to the Daytona 500 on FOX on Sunday, Feb. 24 at 1 p.m. ET.

Fans can follow NASCAR on Twitter (@NASCAR) and stay up to speed on the latest news by using hashtags #NASCAR and #DAYTONA500 and #NASCARBattle. In addition, fans can also stay connected with Daytona International Speedway on Twitter, Facebook, Google+ and Pinterest for all the latest news all season long.