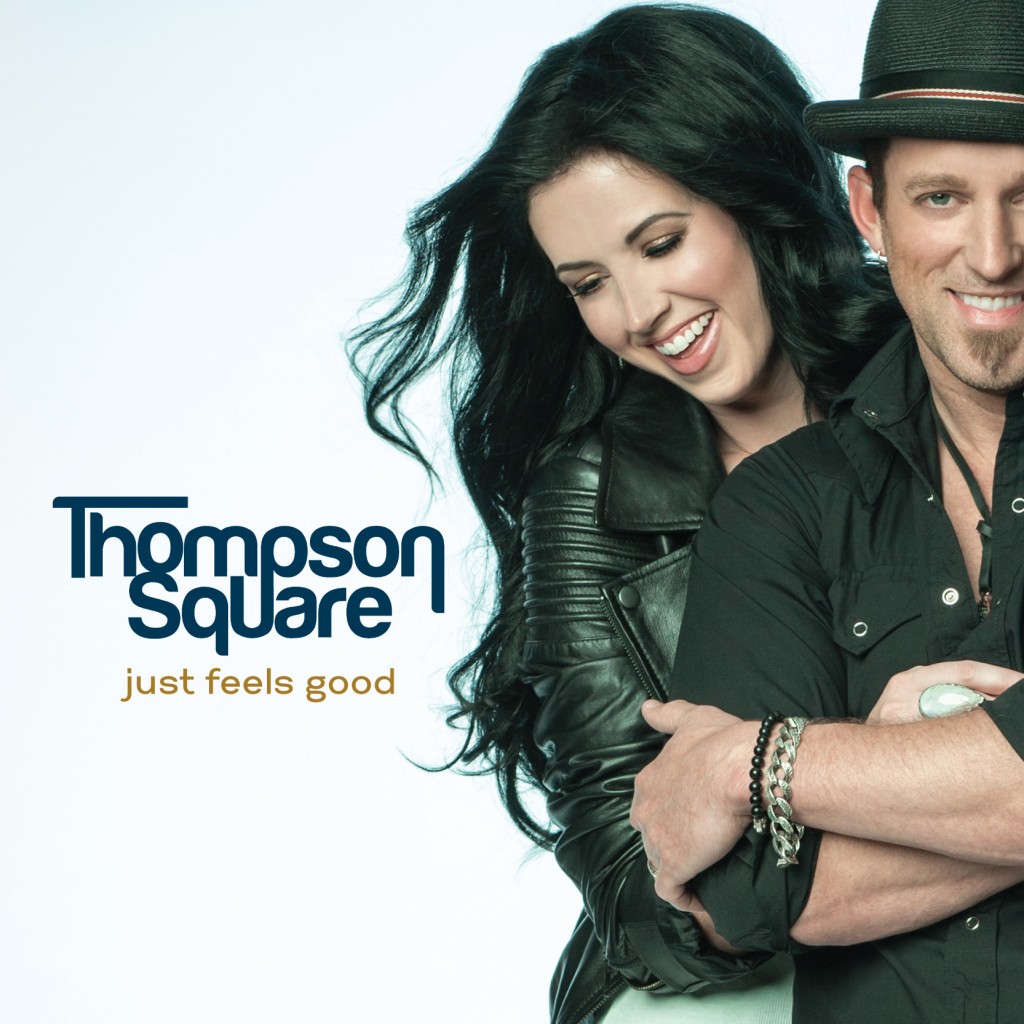 The chart-topping husband/wife duo announced the news and gave fans a special sneak peek of their new album cover on CMT Hot 20 Countdown this Saturday morning from the back lot of the music video for the duo’s latest hit, “If I Didn’t Have You.”

“There are a lot of fun, upbeat songs on this new album. It’s very diverse and kind of all over the map,” says Keifer Thompson.  “The songs on the album are autobiographical and tell the story of our journey over the last few years – an incredible journey that I am still trying to wrap my head around.”

“Only a few years ago we were playing to 5 people a night down on Lower Broadway in Nashville,” adds Shawna Thompson.  “Over the last couple of years we’ve been blessed to play to crowds of 30,000 people touring with Jason Aldean, Lady A and Luke Bryan. So many of our dreams have come true and it’s so much sweeter because I’ve gotten to share them with not only my husband but my best friend.”

Keifer and Shawna Thompson co-wrote 5 of the 13 songs on the album alongside such heavyweights as GRAMMY Award winner Brett James (“Jesus Take the Wheel”) and GRAMMY nominated songwriter and artist David Lee Murphy (“Are You Gonna Kiss Me Or Not”).

Keifer Thompson shares an additional co-writing credit with #1 hit makers Vicky McGehee and Kyle Jacobs on the blue-collar love story, “That’s So Me and You.”

Other notable collaborations include the album’s title track, “Just Feels Good,” which was written by chart-topper Bobby Pinson alongside Brad and Brett Warren (The Warren Brothers).

Thompson Square – who swept the Vocal Duo category at every mainstream Country music awards show in 2012 – once again joined forces with the four-man production collective New Voice (NV) for its sophomore album.

4.  That’s So Me And You
(Keifer Thompson, Vicky McGehee, Kyle Jacobs)

8.  If I Didn’t Have You
(Keifer Thompson, Shawna Thompson, Jason Sellers, Paul Jenkins)

The album’s lead single, “If I Didn’t Have You,” is already a bonafide hit. The single earned Thompson Square the highest first-week sales of their career upon its digital release. “If I Didn’t Have You” is the fastest-rising radio single of the duo’s career – soaring into the Top 20 on both Billboard and Mediabase this past week.

Written by Keifer & Shawna Thompson alongside Jason Sellers and Paul Jenkins, “If I Didn’t Have You,” was penned by the same songwriting team that collaborated on Thompson Square’s award-winning hit, “I Got You.”

Thompson Square shot the Brian Lazzaro-directed music video for “If I Didn’t Have You” last week amid freezing weather conditions and a grueling dawn to midnight shooting scheduling in which Keifer and Shawna both performed and acted in the starring roles.

Also this past week, 2013 ACM New Duo/Group Nominee Thompson Square headed out on the road for the opening weekend of Luke Bryan’s sold-out Dirt Road Diaries Tour.  It was announced late last week that Thompson Square will continue with Bryan throughout the tour’s second leg, beginning May 17 in Virginia Beach, VA and ending October 26 in West Palm Beach, FL.