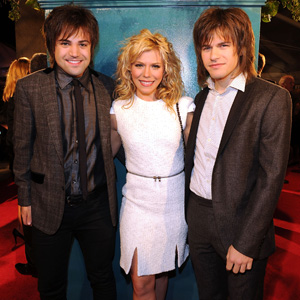 Hot sibling trio, The Band Perry, will release their sophomore album (title TBA) on April 2. If the lead single, “Better Dig Two,” is any indication, the family band’s upcoming project on Republic Nashville is poised for success. In a mere two months, the Top 10-and-climbing tune has become their fastest-rising single to date and has already sold over 650,000 downloads.

As special guests on Rascal Flatts’ CHANGED TOUR, The Band Perry will take a break from recording this weekend and head to Green Bay, WI tonight (1/10); Moline, IL on 1/11 and Springfield, MO on 1/12 where they will unveil their new show, complete with stellar production and a sneak preview of new music from their forthcoming release.

On Friday January 4th, the band announced, exclusively via social media, the launch of a brand new site, thefansperry.com, created for and dedicated to their fans.  Last fall The Band Perry ran a contest on social media asking their fans to submit names to be considered for the new site and the fans answered with The Fans Perry. The free community is the hub for all things Perry, including exclusive The Fans Perry news, meet and greet opportunities, pre-sale ticketing, photos, events and more! Fans have unlimited access to the site and are able to post photos, videos and comments.