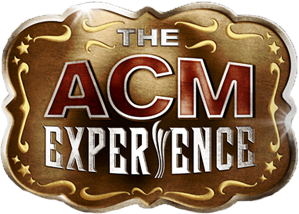 The Academy of Country Music is announcing the addition of a 2-night outdoor music festival as part of the THE ACM EXPERIENCE, the country music lifestyle event created for fans during The Week Vegas Goes Country®.  The ACM Experience is a fan-focused three-day event including the ACM EXPO, outdoor music festival and much more, to be held April 5-April 7, 2013 at The Orleans Hotel and Casino in Las Vegas.  The events will culminate in the already-announced ACM Fan Jam, a ticketed event headlined by Brad Paisley, on Sunday, April 7, 2013.

New this year to THE ACM EXPERIENCE is a two-day ticketed outdoor music festival featuring country’s top hit makers.  Scheduled to appear on Friday, April 5th is headliner The Band Perry along with performers Florida Georgia Line, Brantley Gilbert, Justin Moore, and more to be announced.  Scheduled for Saturday, April 6th is headliner Dierks Bentley along with performers Kix Brooks, Eli Young Band, Hunter Hayes and more to be announced.  Ticket packages are now available HERE through The Orleans Hotel and Casino or by calling 800-675-3267.