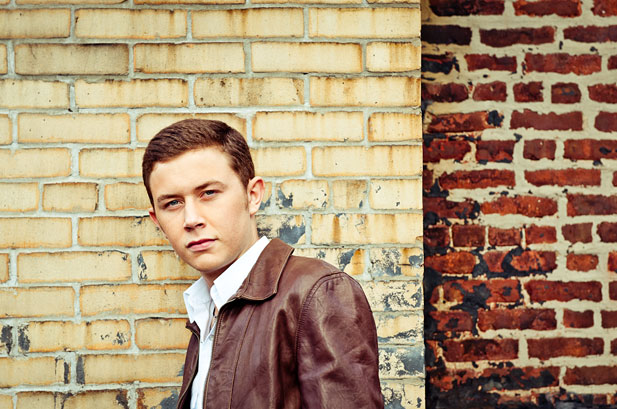 Platinum-selling recording artist and Season 10 American Idol winner Scotty McCreery will launch his first headline tour – Weekend Roadtrip Tour 2013 – on February 14th at the Sands Event Center in Bethlehem, PA.  The tour will stop in over 25 venues across the country through May. Sixteen dates of the tour have been announced with more dates to be announced in the coming weeks.

“I’ve been lucky enough to play a lot of great cities over the last year with Brad Paisley and some other great country artists,” explains McCreery.  “This time I get to play some new places with a show that’s all my own.  I can’t wait for my fans to see what we’ve lined up for them on my Weekend Roadtrip Tour 2013.”

The tour will feature hits like “The Trouble With Girls,” “Water Tower Town” and “I Love You This Big” from McCreery’s #1 Billboard debut album Clear As Day, as well as, a few classic covers.  McCreery also plans to give his fans a sneak peek at some new music coming soon from his sophomore album scheduled for release later this year on 19/Interscope/Mercury Records.

The Academy of Country Music’s reigning New Artist of the Year says the concept for this Tour was born from what’s going on in his life at the moment.  “Right now, I’m balancing my music career with my second semester at North Carolina State University.  I go to school early in the week and get to play my music every weekend.  So, calling this tour the Weekend Roadtrip Tour just made sense.  Plus, what college student doesn’t love a good roadtrip?”

McCreery has invited fellow country artist and Black River Entertainment’s own Sarah Darling to open all shows on the tour.  Touted by the New York Times as a “sophisticated songwriter” with a “crisp, powerful voice,” Sarah Darling has found success with three consecutive #1 videos – “Something To Do With Your Hands,” “Blackbird,” and her current single, “Home To Me”.

World Vision will be the charitable sponsor for the Weekend Roadtrip Tour 2013.  The 63 year-old humanitarian organization is dedicated to working with children, families, and their communities worldwide to reach their full potential by tackling the causes of poverty and injustice. Working in nearly 100 countries around the world, World Vision serves all people, regardless of religion, race, ethnicity, or gender.

Visit scottymccreery.com for more details and to learn about the VIP Concert Experience.