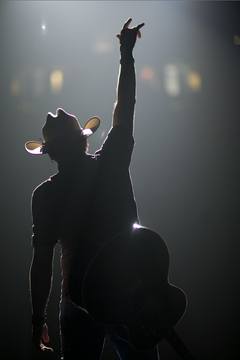 Award-winning entertainer Jason Aldean added Madison Square Garden to the list of iconic venues to sell out in just minutes on his 2013 NIGHT TRAIN TOUR.  Every ticket to his first-ever show at the New York City staple was picked up this morning for the March 2 stop.  Jake Owen and Thomas Rhett will open the tour which also includes sold out shows at the University of Georgia’s Sanford Stadium (4/13), a two-night stand at Boston’s Fenway Park (7/12 and 7/13) and Chicago’s Wrigley Field (7/20).

“I think people underestimate country music’s popularity in New York City,” said Aldean.  “The Garden is one of those places every artist dreams of playing.  I am blown away that my show sold out that quickly…it makes me even more excited to hit rehearsals this month and get the Night Train tour on the road.  I can’t wait to see you, New York!”

Additionally, Aldean has received PLATINUM certification for his recent three-week No. one single “Take A Little Ride.” The first single off his PLATINUM, No. one album NIGHT TRAIN, “Take A Little Ride” was Aldean’s highest chart debut, landing in the Top 20 its first week.  Aldean’s current single and the follow up to “Take A Little Ride,” the fan-favorite track “The Only Way I Know” feat. Luke Bryan and Eric Church is climbing up the Top Five.

For a full list of appearances and more information on NIGHT TRAIN, please visit www.jasonaldean.com