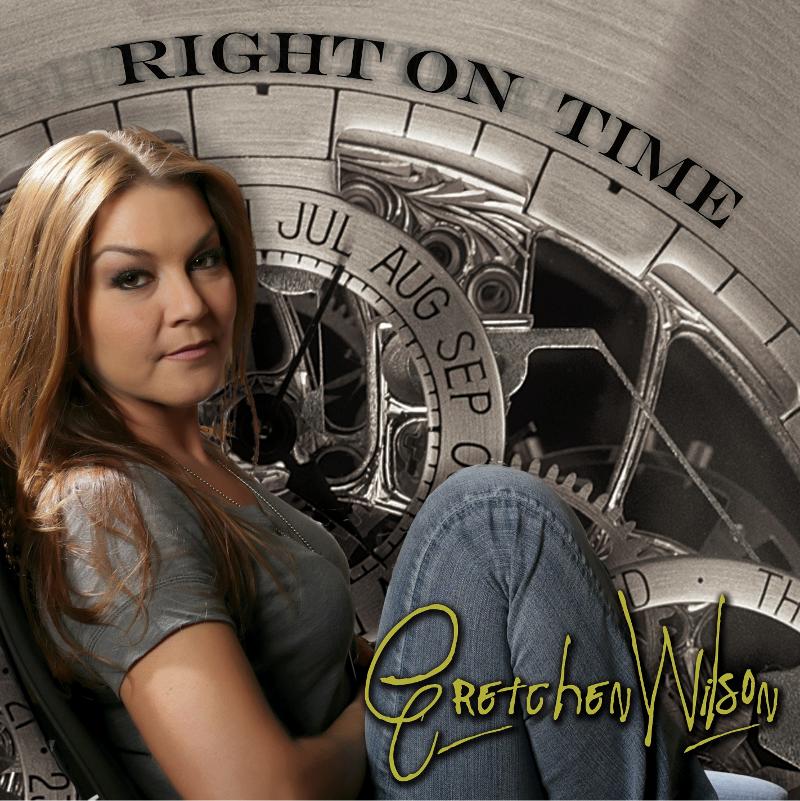 After a triumphant Gang of Outlaws Tour with ZZ Top and 3 Doors Down in 2012, Grammy Award-winning singer/songwriter/entertainer/ business executive Gretchen Wilson began recording with a vengeance and has emerged with three new albums on the schedule and a new single, “Still Rollin'” at radio. Right On Time, a collection of 12 new songs, will hit stores April 2, 2013.

“I am very excited to have so much new music coming out this year,” said Gretchen. “We are already touring, and are looking forward to an incredible year with old friends, and new beginnings!”

Produced by Gretchen Wilson, Right On Time includes 12 songs written by some of Nashville’s most imaginative songwriters. Songs range from her well-known traditional country and southern rock feel, to blues, classic jazz, and even a bit of modern popular-sound on a track or two. One of the cuts entitled “One Good Friend” was co-produced, by friend and legendary music man, Blake Chancey. “It is truly great to be able to finally express myself with all kinds of sounds! I have always been influenced by so many different genres, it just feels good to be able to experiment with that in the studio!”

Under The Covers, featuring 12 of Classic Rock’s most memorable hits from the 70s, will be released May 28; and Gretchen’s first full-length Christmas album will ship in October.