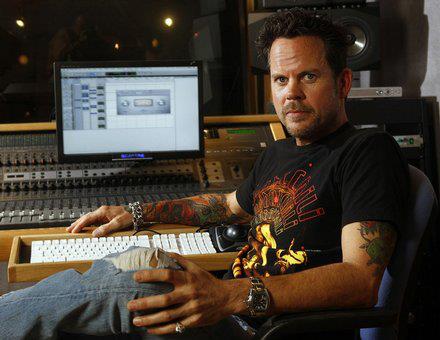 Due to the success of Gary Allan’s latest Top 10 single, “Every Storm (Runs Out of Rain),” his new album, Set You Free, has been moved up a couple of months and will hit stores January 22nd. The new collection is the follow-up to the California native’s 2010 offering, Get Off On the Pain, and every album is a reflection of where he is at in his life.

“I think every album that I’ve made is a stamp on where I was at that moment in time, and this one is definitely no different,” says Gary. “I’m in a good place.”

When he first came to Nashville in pursuit of a country music career, Gary sat down with one of the town’s most prolific songwriters and colorful characters, the late Harlan Howard. “He kinda laughed as we were writing and playing around and he goes, ‘Well, you can write. Your problem is you ain’t got nothin’ to say,” Gary laughs. “He goes, ‘You haven’t lived long enough. You haven’t been through…you need to get divorced a few times.’ [laughs]”

Gary has certainly lived quite a bit since he released his first album, 1996’s Used Heart for Sale, and it shows…in his music.

Set You Free is available for pre-order now and you will get an immediate download of “Bones.”  Pre-Order Set You Free now by clicking HERE.