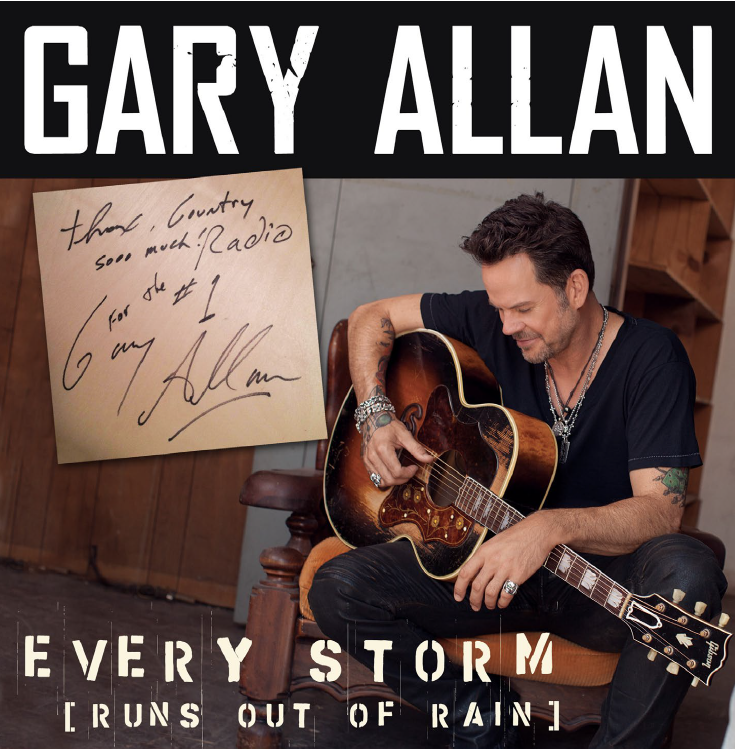 Gary Allan’s hit single, “Every Storm (Runs Out of Rain),” has climbed to the top of the country charts this week, marking his fifth trip to number-one! While he usually isn’t someone who keeps an eye on the charts, this song, which he co-wrote with Hillary Lindsey and Matt Warren, is certainly the exception to the rule.

“It’s funny, I never watch the charts, because it’s something I can’t control, and it drives me batty,” says Gary. “But this one, it’s been so long since we’ve had something out there, I’ve watched every inch of it and it’s been a blast to watch it go. It’s a blessing.”

“Every Storm (Runs Out of Rain)” is the first single from Gary’s new album, Set You Free.