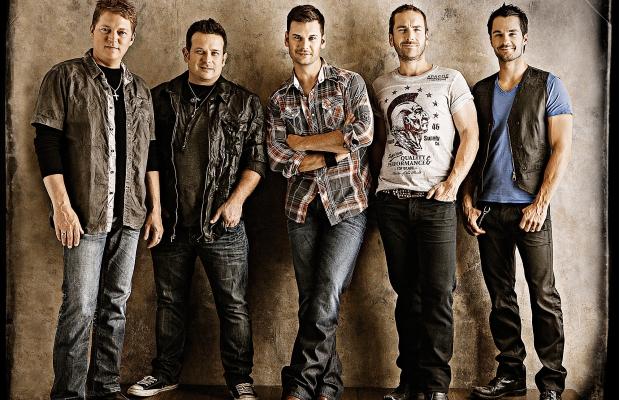 Emerson Drive announces the release of a brand new single, “She’s My Kind of Crazy,” the lead single from ROLL, the band’s much anticipated new studio album. The song has had over 20,000 iTunes downloads, in just under three months, and sees over 40 spins per week on Sirius XM’s “The Highway.” The flurry of activity forced an earlier release date of ROLL to January 22nd.

“Our fans have been wonderfully loud in asking us for new music here in the U.S.,” said lead singer Brad Mates. “We knew ‘Crazy’ needed to be heard and we’ve worked hard the last few months to make it available digitally and now to ask our friends at radio to give us a shot.”

On YouTube, the video (directed Emerson Drive’s David Pichette) is closing in on half a million views!  Watch the new clip here.

Emerson Drive makes hit music, period. “I Should Be Sleeping,” “Fall Into Me,” and their emotional, chart-topping ballad, “Moments,” have all racked up nominations and awards in both the U.S. and Canada.

After taking some time off following their 2009 release, BELIEVE, Emerson Drive have propelled themselves back into the spotlight with a new album and a brand new single that is gaining notoriety in both the United States and Canada.

ROLL, contains 11 songs penned mostly by the members of Emerson Drive, was co-produced by Emerson Drive and David Kamulsky.  The new release showcases the band’s growth and maturity with its lyrical content, vocal range and instrumentation, which has made them one of country music’s most loved bands.