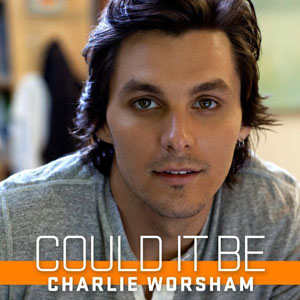 Warner Music Nashville recording artist, Charlie Worsham, is impacting country music with his debut single “Could It Be.”  The Mississippi native co-wrote the debut track with Ryan Tyndell and Marty Dodson, and will be included on his debut album which he is currently working on.  “Could It Be” has been quickly embraced by country radio, with almost 60 stations adding the song to their airwaves during release week.

“Could It Be” serves as a solid introduction to Charlie Worsham.  Right from the start Worsham intrigues listeners with a strong opening to his song, and the momentum continues throughout the entire track.  Charlie delivers a song about friends who end up spending a night together, and may become something more after all.  The lyrics are catchy as well as the music arrangement.  You’ll be singing along to this song in no time, and probably hitting replay so you can hear it again! Could it be that Charlie Worsham has a hit single on his hands??? That’s an easy answer – YES!

“Could It Be” is available now on iTunes by clicking HERE.  Grab your copy now as it is one that you won’t be able to get enough of! Keep your eyes on and ears tuned in to Charlie Worsham. Get to know more about him by visiting his Official Website, Like him on Facebook and Follow him on Twitter.