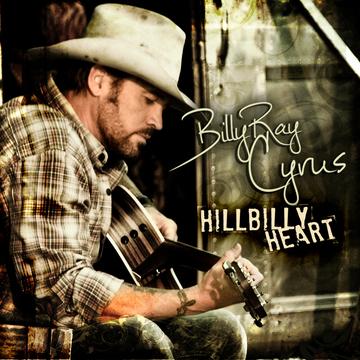 Fresh off the 20th anniversary celebration of his record-breaking debut album, Some Gave All, multi-platinum recording artist Billy Ray Cyrus is keepin’ it country with the release of his new song, “Hillbilly Heart,” to country radio today, Monday (1/28). The singer, songwriter and actor will be making a special appearance during Nashville’s Country Radio Seminar and visiting radio in support of the new single.

“Let’s get this party started!” says Cyrus. “I’m so excited about ‘Hillbilly Heart.’ I wrote this song as a tip of the hat to my pure love of country music … past, present and future. It’s a blend of my early musical roots; Outlaw Country (Waylon Jennings, Hank Williams, Jr.) mixed with my Southern rock heroes (Lynyrd Skynyrd and Charlie Daniels), all fusing together for a feel-good anthem that I can’t wait to share with radio and fans!”

“Hillbilly Heart” is from Cyrus’ thirteenth studio album titled Change My Mind, which Country Weekly cites as “his best album in years.” Produced by the award-winning Brandon Friesen, the album was released via Blue Cadillac Music and is available now.

Currently, Cyrus is putting the finishing touches on his memoir aptly tiled HILLBILLY HEART that will be releasing this April and is planning for a worldwide tour later this year.