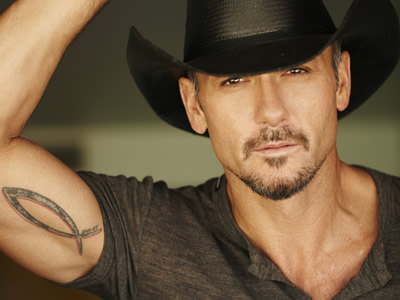 The Academy of Country Music and dick clark productions have announced they will tape an all-star concert special, ACM Presents: Tim McGraw’s Superstar Summer Night, on Monday, April 8, 2013 at the MGM Grand Garden Arena in Las Vegas and will be broadcast at a later date on the CBS Television Network.

Fifteen time ACM Award winner, acclaimed actor and entertainer Tim McGraw is handpicking the hottest music of summer and calling on his friends to help kick off the 2013 touring season.  The two-hour star-studded concert event will feature performances and collaborations from country, pop, rock and more, as well as a few surprise special guests from the worlds of film and television.  All proceeds will benefit ACM Lifting Lives, the charitable arm of the Academy, and an organization that McGraw was closely affiliated with over his last tour.

“I hope I can help turn the fans on to some of the best live music that will be on the road this summer and really put a spotlight on the ones I know they won’t want to miss,” said McGraw.  “I also feel a responsibility to help raise some money and awareness for ACM Lifting Lives and all the good work they do.  They supported me last summer with our HomeFront program and helped me give away a house to a Veteran in need in every market we played in, so I’m excited to get some of my friends together and repay the favor.”

ACM A-LIST MEMBER TICKET PRE-SALE:  ACM A-List Members can purchase tickets in a special pre-sale beginning at 10:00 AM (PT) Wednesday, January 23, 2013 through Friday, January 25, 2013 by visiting www.ACMawards.com. The pre-sale code will be emailed to all A-List Members prior to the on-sale.

GENERAL PUBLIC TICKET ON-SALE: Tickets will go on-sale to the general public at 10:00 AM (PT) Friday, January 25, 2013 at www.ACMawards.com.