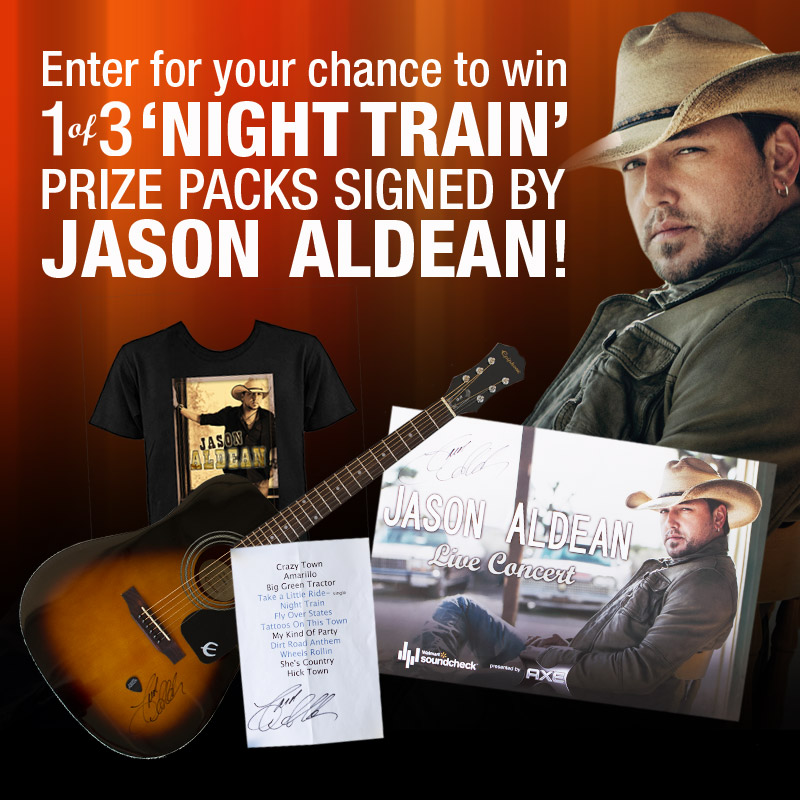 Our friends at Walmart Soundcheck is giving fans an opportunity to win some great Jason Aldean goodies.  Prizes consist of a signed soundcheck set list, t-shirt, guitar picks, and poster, as well as a Grand Prize that includes an Autographed Guitar!!! This is one contest you won’t want to miss out on.  Enter HERE.

Check out Jason’s rockin’ Soundcheck Performance of new songs from his Night Train album, as well as fan favorites such as “Dirt Road Anthem”, “Fly Over States”, and more.  Also be sure to check out his exclusive interview  & photos as well.  Check out Jason Aldean’s Exclusive Walmart Soundcheck by clicking HERE.

Jason Aldean’s new studio album Night Train is available at a Walmart Retail Store near you, or you can order online by clicking HERE.